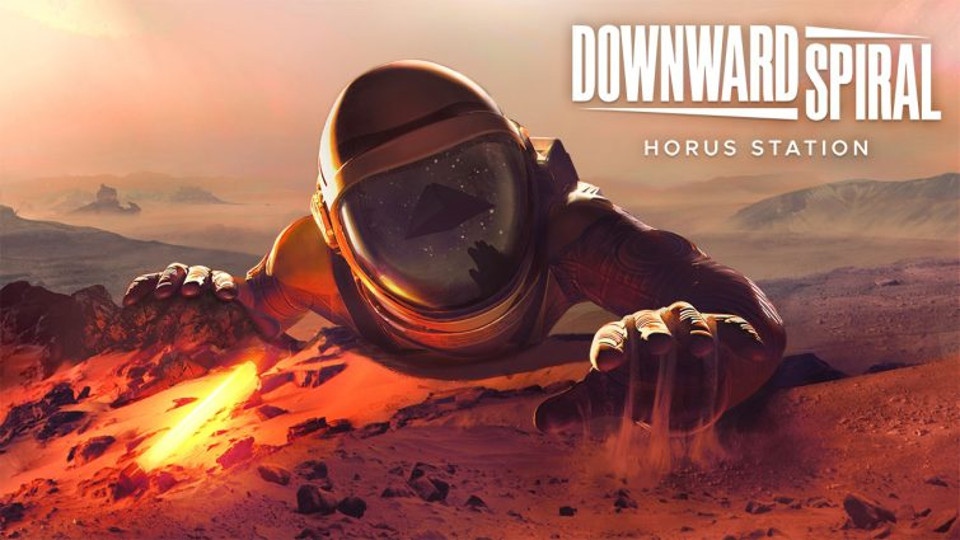 3rd Eye Studios have launched their zero-gravity space adventure, Downward Spiral: Horus Station. The game is out now on Steam, with optional Oculus Rift with Touch, HTC Vive, and Windows Mixed Reality support for £14.99. A PlayStation 4 release will follow this summer, with optional PlayStation VR support.

Set aboard an abandoned space station, Downward Spiral: Horus Station lets players uncover the sci-fi mystery on their own, through close observation and interpretation. With no cutscenes, dialogue or text, players will have to rely on environmental storytelling to piece the plot together, as they explore this derelict vessel. Solving the mystery of the space station will take wits and ingenuity as you fight or avoid dangers unknown. Use the ship’s maintenance hardware – like bolt throwers, rail guns, and arc welders to take out threats, solve puzzles and find the truth as to why Horus Station has been left drifting in space.

Key to this otherworldly atmosphere is Downward Spiral: Horus Station’s novel zero-gravity movement mechanic, wherein players must push themselves off of the scenery or use grappling tools to navigate this chunky, 70’s retro-chic space station. Further accentuating this trippy mood is an ambient soundtrack composed by platinum selling HIM frontman Ville Valo.

3rd Eye Studios realizes that not everyone likes to play games the same way, so Downward Spiral: Horus Station features a bevy of gameplay options to tailor the experience. Those with Virtual Reality and motion control kits can engage with an extra level of immersion, the whole game can be played entirely in single-player or two-player co-op, and there’s even a game mode that removes combat entirely from the campaign for players who prefer a more relaxed, contemplative experience. In addition to Horus Station’s story campaign, there’s eight-player PvP and PvE multiplayer modes including Deathmatch, Horde, and Survivor challenges.

EF Games hope to bring you a full review of the game early next month. Check out the official Downward Spiral: Horus Station website for more information on the game.

View some screenshots from Downward Spiral: Horus Station in our gallery: