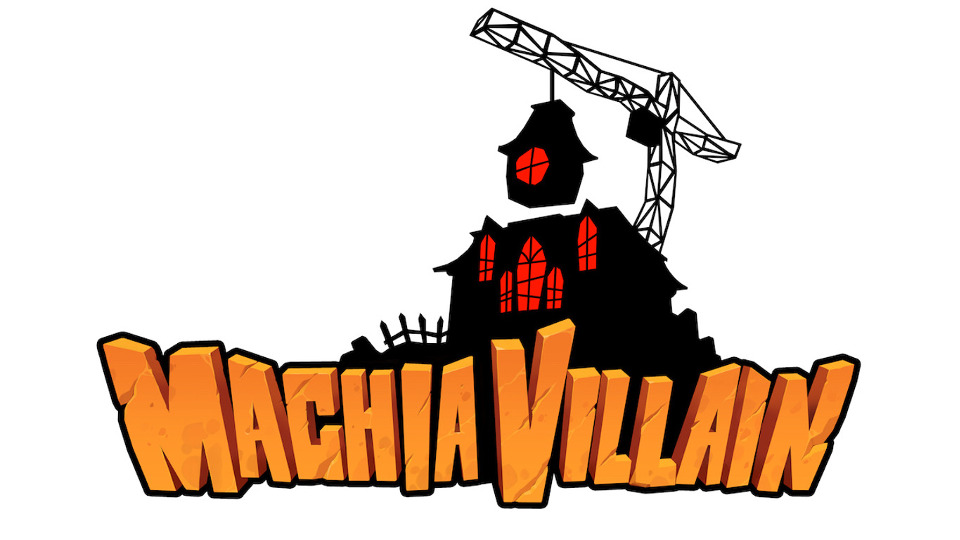 The dastardly new dungeon management game from Wild Factor is finally here. Following its successful Kickstarter campaign the game has been released on Steam and is now available for download. I took a look at this game filled with gruesome ghouls who bear more of a resemblance to the Manson Family than the Addams Family.

Straight off the bat I was impressed by the graphical quality of the game; yes the characters are cartoonish but I would have expected nothing less and given the nature of the game I felt this worked well in much the same way as it did with the Escapists 2 which I recently reviewed. There is more than a passing similarity between the two games though with completely different objectives.

MachiaVillain is more about tempting in victims to keep your monster hordes fully functional, in this way it is perhaps more similar to a classic Sims type experience. Only this time, that Jacuzzi you install is not for pleasure. This, and other luxury items, are your honey traps to bring in your mindless prey. As you gradually place more and more adverts promising cheap rent or opulent furnishings you will utilise these honey traps to temporarily distract the visitors allowing your hordes to swoop in and fill up. The cartoonish graphics are perfect for this and make the game fun to play, were they trying to be realistic this premise would soon become really quite disturbing.

Watch the MachiaVillain launch trailer below:

The sound leaves a lot to be desired and really doesn’t seem to serve any particular purpose. I was hoping for a musical score to underpin the action but instead what we have doesn’t really approach anything more than background noise, much like you’d experience in a lift or when on hold to an equally dastardly company. To be honest, I would even have preferred an eerie silence perforated only by the sound of the monsters and the wails of their victims; the sounds of each being perfectly suited to a game of this type.

The monsters themselves take on a number of different forms (mummies, vampires, serial killers, skeletons etc.) each with their own special abilities which you will have to utilise not only in the kills themselves but also in the building and upgrading of your mansion. As with the Escapists series these upgrades take the form of resource collection and manipulation tasks. There are periods where this can wear a bit but overall the mechanics work well and the strategy is sufficiently deep so as to allow you to become fully involved in their plotting. Many games in this genre suffer with the ‘what the hell am I supposed to be doing?!’ issue in the beginning. MachiaVillain gets around this issue perfectly with the beginning covering all of the basics in an excellent and clear manner so that you can get to grips with the overall strategy of the game.

This strategy gradually increases in difficulty as you strive to not only keep your monsters happy and well fed, but also maintain a veneer of respectability on the outside of your house i.e. clean the blood and guts up so others won’t be frightened of coming in! By the time you are in possession of a fully-fledged murder mansion the amount of concurrent tasks you need to be managing can get to obscene levels, this did become a touch frustrating as it meant that by the end most of my hard work went up in smoke due to there being simply too much admin. Who’d have thought that running a cross between a ghost train and an abattoir would be so difficult? I feel I now know the day to day struggles of Norman Bates a whole lot better.

The controls are simple and work well in MachiaVillain and enable you to become immersed in the experience of the game without having to give too much thought as to what you have to do to accomplish your aims. This is aided by a straight forward and intuitive menu system which enables your construction and management to occur both accurately and at pace. As you get more and more ambient items the game begins to become relatively self-sufficient; as with a large organisation in real life, the management needs only to take an oversight once the staff and resources are fully in place! I loved the changing gameplay as I made my way through each individual play through. This allows the player to begin to plot expansion of both the house and the enterprise whilst still ensuring that the needs of the monsters are met. By my third time through I had a house more akin to a clean, instant slaughter house than a suburban property.

View some MachiaVillain screenshots in our gallery:

It is important to keep your house clean throughout all of this activity. Your monsters, however efficient at killing, are extremely slap dash when it comes to removing the evidence. If another prospective tenant arrives and sees some evidence of what has happened, however small and however quickly you murder them, they will begin to suspect something is amiss. In the worst cases, they will flee. This is reflected in the ‘Suspicion Meter’ which reflects the town view of your house. If this rises it becomes more and more difficult to attract people into your lavish honey trap. It is very difficult to reduce the damage that such cases do to your enterprise and this can be a frustration.

I learned quickly about the placement of my minions; there is no point in allowing mummies to be close to the front door as their lack of speed makes stopping any attempted escape impossible. This does cause issues however when it comes to gameplay. Though the control is intuitive and simple, when it comes to selecting items for immediate action the click recognition is often lacking. This becomes painfully obvious when you are working to such tight deadlines in terms of cleaning. If the blood is not all gone, the victims will notice and your suspicion meter will skyrocket. I found that the attempt to select the area that needed cleaning often took an unnecessary amount of clicking and the process often became frustrating. This was reflected in the ability to place items too but more often than not, the process of doing this was not quite so urgent.

The whole game works well, but I do question the replay value of the game. Though I enjoyed my few play throughs I must say that I haven’t really felt any compulsion to return to it. Though the humour and intuitiveness of the game is undoubted, the concept is perhaps a touch too narrow to provide lasting enjoyment. Once the initial novelty of what you are doing fades, what you are left with it perhaps a touch too formulaic. That said I did enjoy my time with the residents of this diabolically and hilariously awful place and I would recommend MachiaVillain for any casual player.

MachiaVillain was reviewed using a digital code supplied by the publisher.