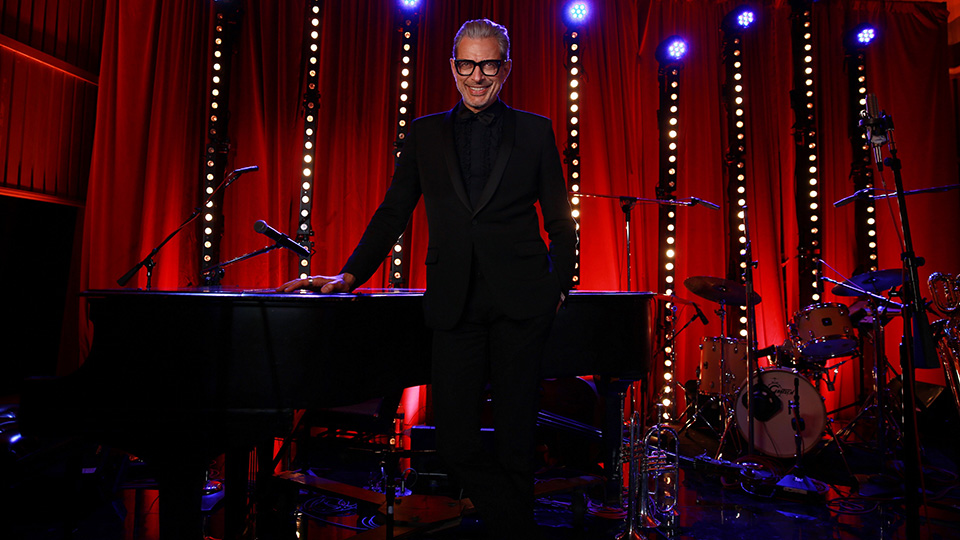 The Hollywood star, best-known for his roles in the Jurassic Park franchise, Independence Day and The Grand Budapest Hotel, will be releasing an album but details are being kept tightly under wraps.

“I’m so happy to be in cahoots with the wonderful people at Decca, one of the coolest and most prestigious labels of all time.” says Goldblum.

Goldblum has played piano since he was a child and over the past decades, he’s played with his jazz band, The Mildred Snitzer Orchestra, at venues in Los Angeles as well as Café Carlyle in New York City.

Last year he accompanied Gregory Porter on BBC’s Graham Norton Show, and it was that performance that caught the attention of Decca record executives.

Tom Lewis, Director of A&R for Decca, said of the uniquely brilliant combination, “As far as I can tell, everyone loves Jeff Goldblum. It’s like a universal truth. We are delighted to welcome him to Decca. He’s a fantastic jazz pianist, a great band leader and just about the loveliest man in the world. His love of jazz is infectious and whenever he plays he makes you feel very happy. If we can take Jeff’s music into people’s homes then we will be helping, in our own small way, to make the world a happier place”

Goldblum grew up listening to jazz and he took classical piano lessons from a young age, before switching to jazz. At 15 he started playing in cocktail lounges in Pittsburgh

The actor hosts a weekly jazz variety show at Los Angeles’ Rockwell Table and Stage, where he’s been playing for the last few years.

Advertisement. Scroll to continue reading.
In this article:Jeff Goldblum