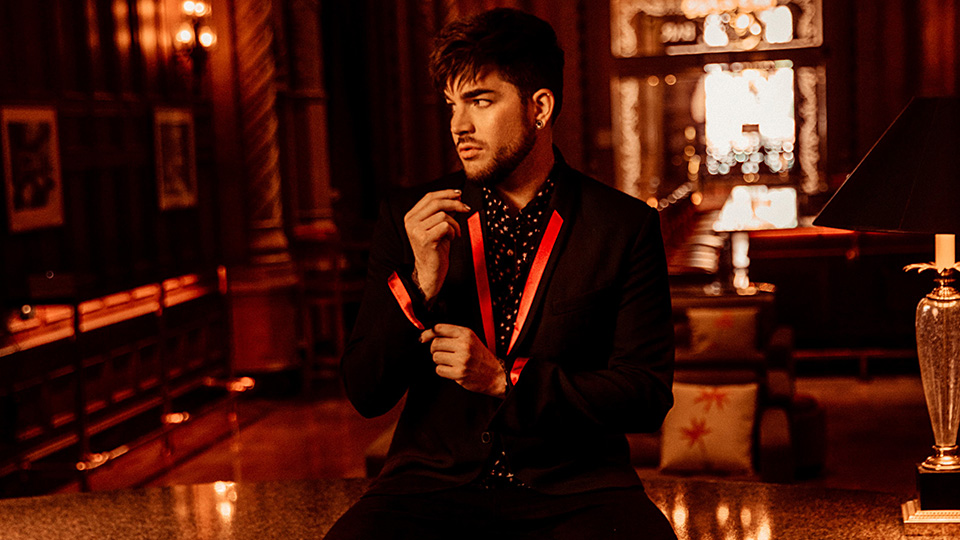 Adam Lambert is the cover star of the summer issue of Attitude Magazine.

The pop star and Queen frontman’s appearance in the magazine follows the recent announcement that he and Queen were doing a limited engagement Las Vegas Residency titled The Crown Jewels.

Speaking exclusively to Attitude, Lambert has opened up about various aspects of his life and career. In the interview he teases his forthcoming solo music saying:

“Obviously Queen really inspired me. I don’t think this album is genre-specific. I think there are a lot of different influences on it. There’s rock, there’s FUNK, there’s soul, there’s disco, Seventies singer-songwriter pop and some Eighties flavours, too. That being said, there are a lot of modern influences as well, so it’s sort of a fusion.”

Having been the frontman of Queen for a number of years now, Lambert reveals the advice he’s received from the legendary band:

“To be myself and not to try to emulate Freddie. At first I would try to hit the same notes and runs, then I learned to just sing the songs as they work for me, and in my style.”

In the extensive interview Lambert goes on to talk about original Queen frontman Freddie Mercury and being ‘closeted’:

“I don’t know how “in the closet” Freddie actually was. I mean it was like another time where it was just taboo to even discuss it in the media. I think it might have been interpreted as him being tongue-in-cheek, but he sort of owned it from the get-go. There were interviews where they were asking if he was gay and he was like, “Yeah as a daffodil… gay as a daffodil.” And I don’t know if they thought because he was being flippant about it that he wasn’t being serious. But he never really said, “No, I’m not.”

Not one to shy away from expressing himself and his sexuality in the music industry, Lambert discusses the challenges that has brought:

“It has never been: “These are the rules.” It’s more about the struggle and the stress of what will and will not connect, and that has changed since I started out. As a pop artist you want people to relate to you and then at some point I had to just balance all of that out with who I actually am, as an artist, as somebody who wants to express himself.”

Later this month Lambert is back in the Uk with Queen for their European Tour. Over his career to date he’s sold more than 1 million albums worldwide and he was the first out gay man to achieve a number 1 Billboard album in the US.

You can read the full interview at http://www.attitude.co.uk. For the article Lambert spoke to Cliff Joannou. He was photographed by Austin Hargrave at the Millennium Biltmore Hotel, Los Angeles and styled by Joseph Kocharian.

In this article:Adam Lambert, Attitude