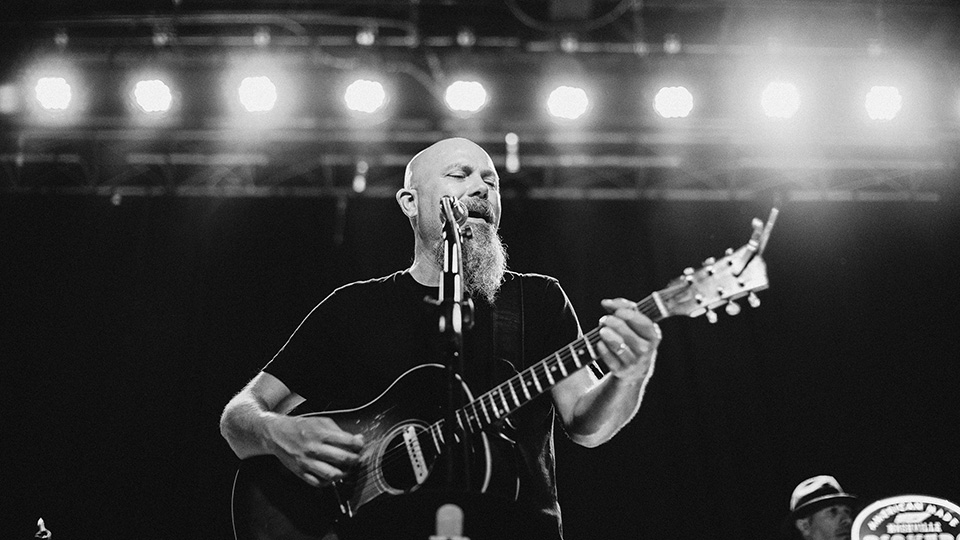 Kendell Marvel has been writing hit songs for other artists for years. His name has been on hits by the likes of Jake Owen, Gary Allan and more recently Chris Stapleton. In 2017 Marvel stepped out from behind-the-scenes and into the spotlight with his debut album Lowdown & Lonesome, which he admitted to me recently has been somewhat of a slow burn in terms of people finding out about him. The album is now getting a UK release following rave reviews and a fantastic reception for his opening slot on Brothers Osborne’s debut UK headline tour.

Knowing the songs he’s been responsible for writing for other artists, Lowdown & Lonesome may be a surprise on your first listen. Marvel embraces and explores traditional Country and good old-fashioned storytelling is at the heart of what he does. The album opens with the title track, co-written by Randy Houser, and it’s an uptempo rock-tinged moment that throws you in the deep end. Marvel’s voice is strong with a rough, gravelly edge that makes you take notice. It’s an attention-grabbing start and it’s a fantastic introduction to a talent that deserves much wider recognition than he’s currently getting.

Marvel does a great job of showcasing every side of his musical abilities on Lowdown & Lonesome. The acoustic and gentle Gypsy Woman is gorgeous and swoonsome, Heartache Off My Back is a barnstorming beat-driven gem, and Tryin’ Not to Love You is a catchy ode to attempting to move on from someone.

Hurtin’ Gets Hard is one of the finest moments on the record and it has that kind of wow factor that makes you realise you’re listening to one of the next big stars of the Country music genre. Another highlight is the slow-building Watch Your Heart, which showcases the full range of Marvel’s fantastic voice moving from his lower, steadier register to his soaring vibrato in the song’s second half.

Elsewhere on the record Untangle My Mind (one of three tracks co-written with Stapleton) will have you reaching for a glass of whiskey, Closer to Hell brings to mind the greats such as Merle Haggard and Johnny Cash, and That Seat’s Saved is a gorgeous tale of longing. The album comes to a close on a raucous note with the frenetic Drinkin’ My Baby Goodbye, featuring Jamey Johnson. By the time the final notes arrive, you’ll be reaching to put the album back on and go through it all over again.

Lowdown & Lonesome is the kind of album you need to live with for a little. I’d listened to it a fair amount before I saw Marvel live but once I did see him perform, something truly clicked. The album is packed with so many honest and soul-searching stories that you can’t help but get reeled in by Marvel’s superb lyrics. I feel like Marvel will find his fanbase growing quickly here in the UK and if he plays at C2C in 2019, don’t be surprised when everyone is telling you he was the highlight.

Advertisement. Scroll to continue reading.
In this article:Kendell Marvel