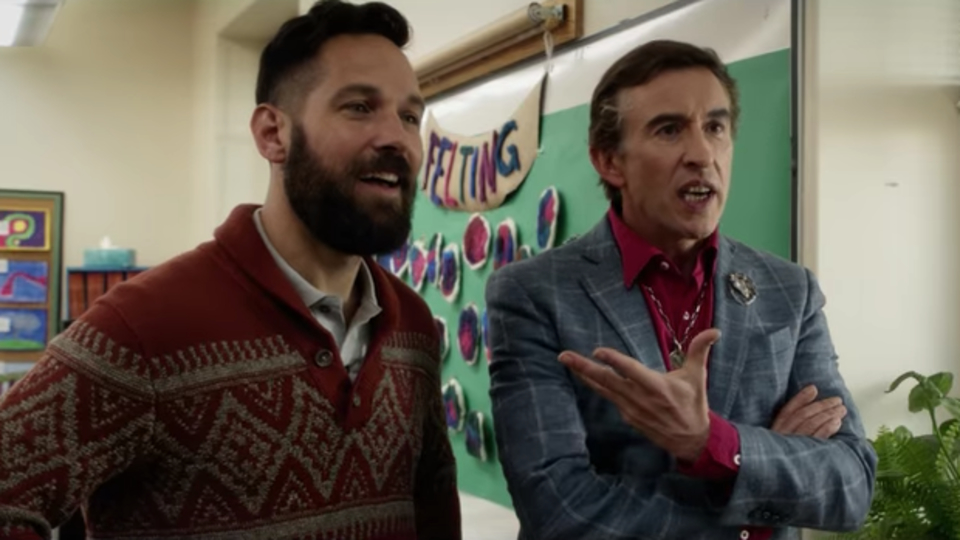 A brand new poster and trailer have come out for Ideal Home, the comedy starring the dream team of Paul Rudd & Steve Coogan.

Comedy superstars Coogan (Alan Partridge: Alpha Papa, The Trip) and Rudd (I Love You, Man, Ant-Man) star as a bickering couple who have to deal with a serious reality check, when a long lost grandson shows up looking for his family.

The hilarious Ideal Home will be available in cinemas and on Digital HD from 6th July 2018, courtesy of Signature Entertainment.

Flamboyant TV chef Erasmus Brumble (Coogan) along with his director and long-term partner Paul (Rudd), are happy going through life playing as hard as they work. But suddenly they have to decide whether to grow-up or continue down their well-trodden path, when Erasmus’s estranged grandson, Bill (played by Jack Gore), unexpectedly turns up at their door, after his father is taken away to serve time in prison.

The kings of comedy come together for this must-see film full of hilarity and awkward circumstance.

The film is written and directed by Andrew Fleming who has directed TV projects like Younger, Red Oakes, Lady Dynamite, The Michael J. Fox Show and Grosse Pointe along with movies Nancy Drew, Hamlet 2, Dick and The Craft.

Check out the new poster below;