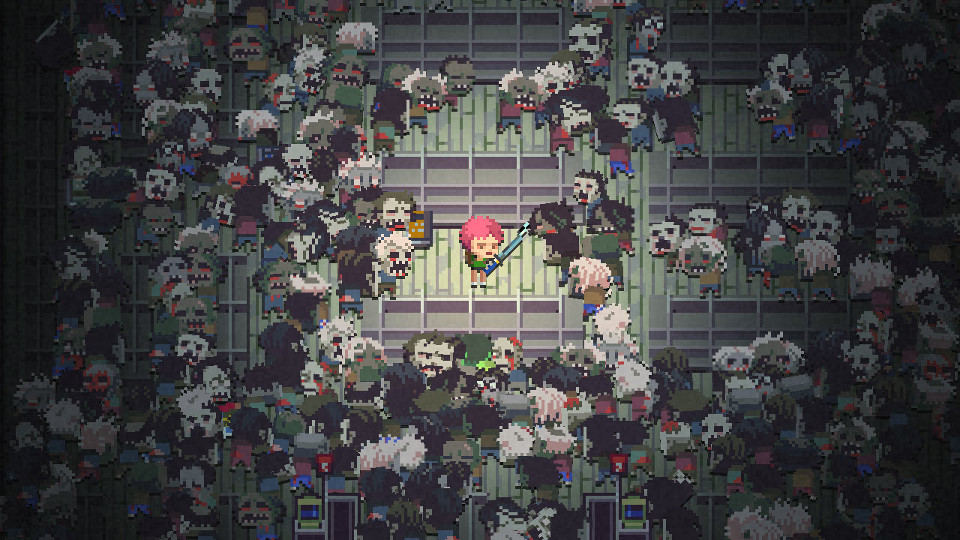 Independent publisher, UKIYO Publishing, in partnership with Rocketcat Games and Madgarden, have announced that the randomly generated, zombie-filled road-trip. Death Road To Canada is available now on Nintendo Switch, PlayStation 4 and Xbox One. Players will be able to take the cadaverous journey from Florida to Ontario, soaking up its immaculately gruesome pixel-art take on the undead apocalypse.

Death Road To Canada tasks players with surviving its brutal, hyper-violent combat with over-the-top, looted weaponry. Scavenging the derelict environment, tough, sometimes hilarious decisions will have to be made along the way, either alone or in its two-player local co-op mode.

Watch the Death Road to Canada console trailer below:

[blockquote]We’re thrilled to finally release Death Road To Canada for consoles. The game translates incredibly well to the Nintendo Switch, PlayStation 4 and Xbox One. It plays great, the pixel-art looks suitably blood-splattered and local co-op is blast. Onwards to Ontario![/blockquote]

View some Death Road to Canada screenshots in our gallery:

Tipped off that Canada might just be free from the threat of zombies, the long, winding Death Road is all that stands between the player and their goal. Players will explore iconic sites such as Y’all-Mart and the Muscle! Bomb!! Gym!!!, meeting and recruiting a host of strange and bizarre companions along the way. Unusually for randomly generated roguelikes, Death Road To Canada features a heavy emphasis on narrative, its Interactive Fiction events making or breaking friendships, all the while adding character-driven drama to the blood and guts chaos of combat.

Death Road To Canada is available for £11.99 with a 20% launch discount during its first two weeks of sale. Check out the official Death Road to Canada website for more information and read our review to see what we thought of the game.