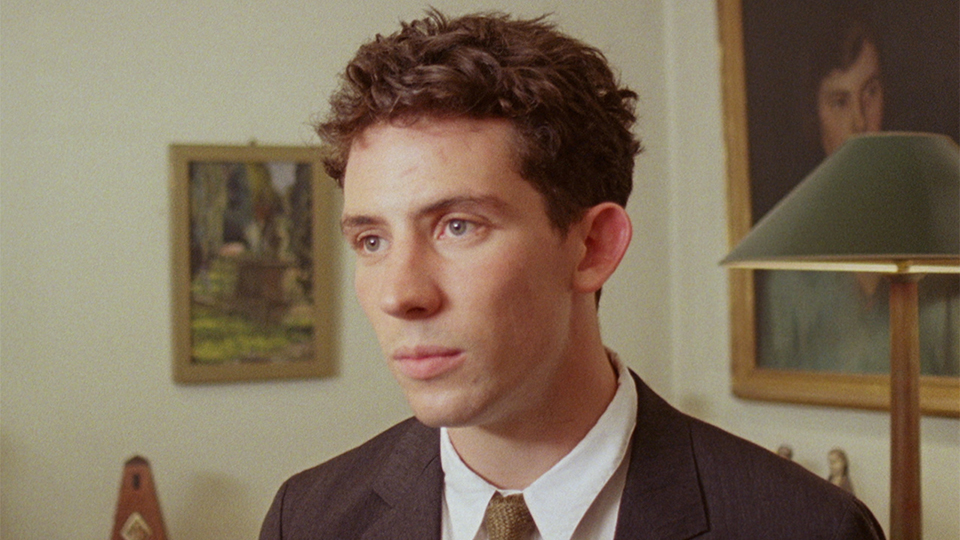 The Boys on Film series has become a staple of Peccadillo Pictures’ output. The short film collection, which celebrates talent from across the globe, reaches its 18th instalment with latest release Boys on Film 18: Heroes. The release features 10 short films that showcase the lives of ‘everyday heroes’ who are fighting for themselves and the rights of others.

Boys on Film 18: Heroes kicks off with Daniel, a short about a male escort (Balázs Csémy) who meets his friend’s partner for the first time at a lunch get together. The short is intercut with scenes of Daniel meeting with his various clients, showing the viewer the kinds of things he’s doing to make a living. At the lunch, Daniel’s work choice is the elephant in the room and by the end it leads to an unexpected outcome.

Over the course of the other 9 shorts, Boys on Film: Heroes explores a lot of different topics and themes from the anticipation of waiting for the outcome of an HIV test (Buddy) through to the oppressive social climate and attitudes towards homosexuality in Egypt (Half a Life). The collection really does cover a lot of ground and it gives a fascinating insight into what it’s like to be gay in a number of different places.

The release touches on history with The Colour of His Hair starring God’s Own Country’s Josh O’Connor. The part-drama, part-documentary was based on an unrealised film script from 1964, which deals with life prior to homosexuality being partially legalised in 1967 and the period after. It really does make you realise how far we’ve come as a society and it’s frightening to think of how gay people had to live their lives back then.

One of the most emotive shorts on the collection is AIDS: Doctors and Nurses Tell Their Stories. A number of those who worked in the healthcare system in the 1980s, share stories of their extraordinary experiences caring for and treating Britain’s first AIDS patients. It’s not an easy watch but it’s an important reminder of what life was like for a section of our community.

Elsewhere on the collection Undress Me is an engaging look at a date between a straight man and a transgender woman. They meet on a night out and their exchange moves from flirty and sexual through to confusion and curiosity. It’s at times uncomfortable to watch but it’s a fantastically timely and relevant story to tell. Silly Girl recalls the moment a teenage girl was noticed by a classmate as she’s being watched by her older self.

The standout for me is the closing short Mother Knows Best. A teenager introduces his boyfriend to his mother for the first time. After they drop him home, the mother and son have a frank conversation, which explores their relationship and threatens to change it. It captures the uncomfortable conversations all of us have had at one time or another with our parents, and it’s done so in a very realistic and relatable way.

Boys on Film 18: Heroes continues to be both ground-breaking and engaging. Too often LGBT content relies on titillation and hot bodies, and this isn’t what this series is about at all. It’s a fascinating exploration of the different lives of people with the LGBT community and it gives you a real insight into how the experiences vary depending on where you live in the world. This is one of the strongest releases in the series yet and it sets a very high bar for volume 19 to follow.

Advertisement. Scroll to continue reading.
In this article:Boys On Film, Boys on Film 18: Heroes, Peccadillo Pictures