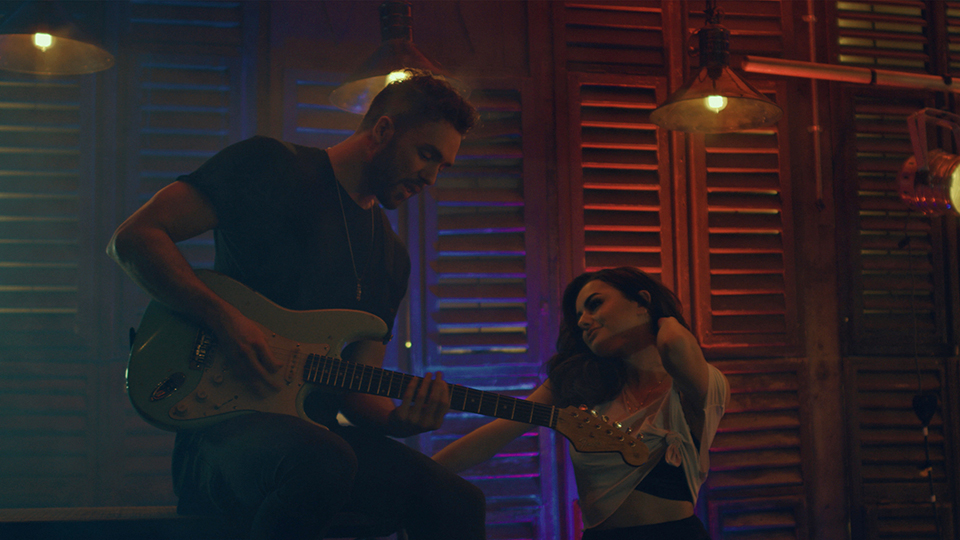 Andy Brown has released the music video for his new single Put That Record On and it features Love Island 2017 winner Amber Davies.

The video sees Brown performing the track in an empty bar with Davies dancing along as the two sizzle on screen. Speaking of the video on Twitter, Amber said, “This has been one of my favourite shoots so far!”

Put That Record On draws from Brown’s love of Country and Americana music. The track is taken from Brown’s forthcoming debut solo album Cedarmont, which will be released on 8th June 2018.

The album is available to pre-order now from http://www.andybrownofficial.com/.

Cedarmont is inspired by blues and Country influences as well as the more traditional pop/rock sound that Brown has explored with his band Lawson. He’s drawn from artists such as Thomas Rhett, Chris Stapleton, John Mayer and James Bay.

Prior to striking out as a solo artist, Brown was the front man of Lawson. With the band he sold over 1 million records.

He signed a solo deal with Decca Records in 2017 and spent 6 months writing and recording in Nashville. This is the first solo material Brown has released and he’s been steadily building his fan base on the UK Country scene.

Originally from Liverpool, Brown grew up listening to a wide variety of genres. His solo material sees his exploring a more personal expression and showcasing a different side to his songwriting.