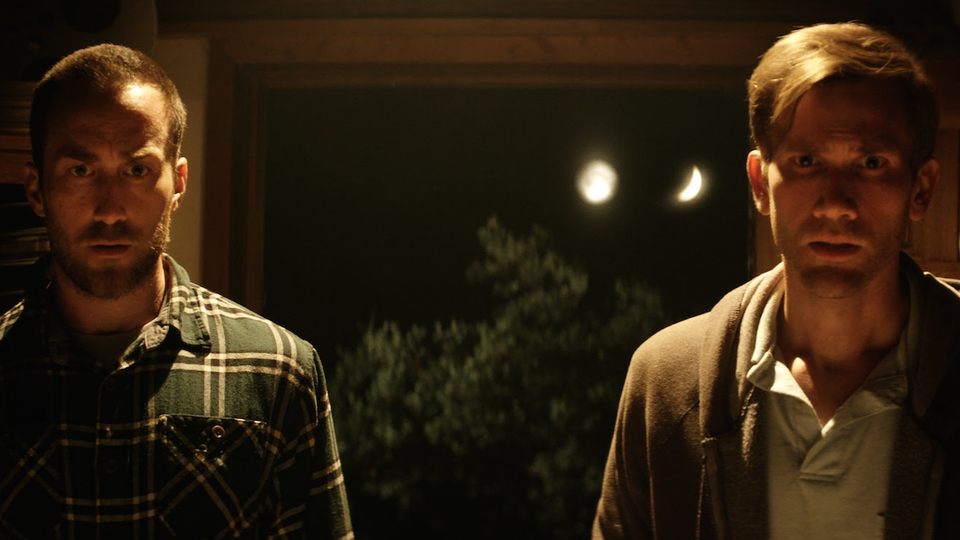 A mind-bending sci-fi horror about two brothers who get caught up in a ‘crazy UFO death cult, from the genuinely innovative and exciting directors of the critically acclaimed and influential horror hit Spring, The Endless looks to be a very curious project.

From acclaimed filmmakers Justin Benson and Aaron Moorhead (Resolution, Spring) comes a truly unique, mind-bending, genre-blending indie gem of a film that will leave you spinning.

When brothers Justin (Benson) and Aaron (Moorhead), former members of a “crazy UFO death cult”, receive a mysterious videotape in the mail, they find an eerie calling card from their past inviting them back to attend an event called “The Ascension”.

Despite Justin’s initial apprehension, the two agree to return for one day. At first, their old cult friends seem warm and welcoming, but things soon begin to turn strange and the two brothers find themselves drawn ever more into a vortex of bizarre rituals, strange messages, unseeable forces and sinister supernatural secrets that threaten to tear apart the very fabric of reality.

After wowing genre fans at the 2017 London Film Festival last October, The Endless is now ready for more converts.

Are you ready to join the cult following?

The Endless is released by Arrow Films in Cinemas, and via Arrow Video on Digital HD on 29th June.

THe Endless will also be released on DVD & Blu-ray via Arrow Video on 2nd July.

In this article:Aaron Moorhead, Callie Hernandez, Justin Benson, The Endless