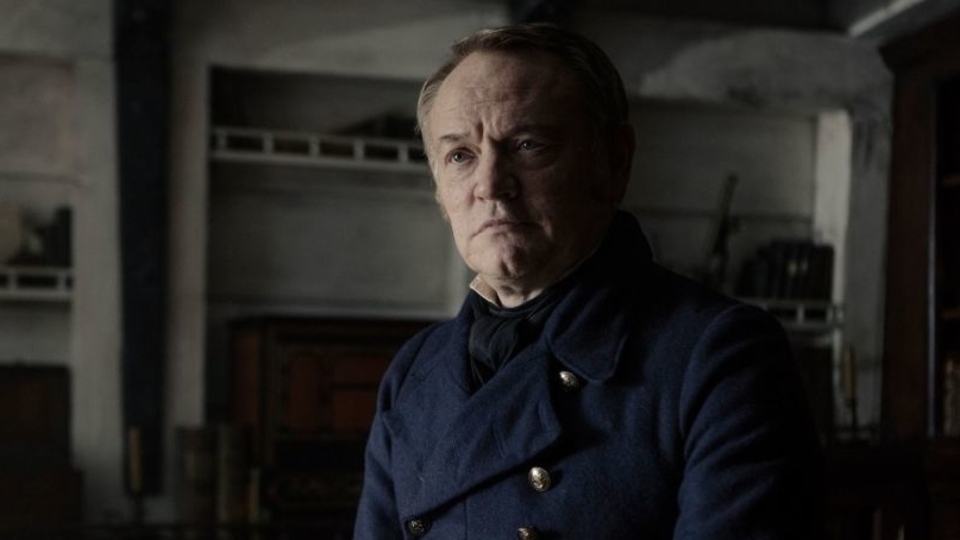 The Terror, starring Jared Harris debuts tonight on the BT TV channel AMC at 9pm with a two-hour season premiere. The series premieres in the UK exclusively to BT customers, but for today only you can also watch the first episode on YouTube.

We caught up with Jared Harris to discuss all things The Terror, his character Francis Crozier and the supernatural themes of the series, along with his thoughts on the current climate of TV and Film.

The first episode of BT TV’s latest drama series is available to watch now on YouTube for 24 hours from 00:01am on Tuesday, 24 April for anyone in the UK, with a double episode also available for free on the AMC channel. This is the first time a pay-TV show has launched in the UK on YouTube before it has been broadcast on television.

Inspired by a true story, The Terror centres on the Royal Navy’s perilous voyage into uncharted territory as the crew attempts to discover the Northwest Passage.

Faced with treacherous conditions, limited resources, dwindling hope and fear of the unknown, the crew is pushed to the brink of extinction. Frozen, isolated and stuck at the end of the earth, The Terror highlights all that can go wrong when a group of men, desperate to survive, struggle not only with the elements, but with each other.

Could you talk a little about the location of where the story takes place?

Jared Harris: It’s practical sets. The characters are trapped on these ships in the dead of winter, so there’s only so much time you can spend out on the ice before you die of exposure. The story doesn’t stay there though – the series travels. There’s 10 episodes, it’s self-contained, there’s no hanging story threads… there’s no second season of this particular story. If there is to be a second season it will be a completely different cast, different story and time period.

We follow the book… the narrative there. At some point they move onto the ice.

Did you know that this would be a self-contained story and did that affect your approach to the role?

Not for playing the part, but it’s exciting. I expect from a writing point of view, they could fully explore all aspects of these characters. It’s 10 episodes and they don’t have to hold anything back for a second or third season, so they can really get into the nitty-gritty of it. So from that sense there is a tremendous amount of material there to explore.

Could you tell us about working with Ciaran Hinds – your dynamic is key to the success of the show. Had you worked with him before and did you get a chance to workshop the characters with him?

No I’d not worked with Ciaran before and we didn’t workshop it, but I did fanboy over both Ciaran and Tobias Menzies because I am obsessed with Rome! I love it, I’ve seen it many times and I think it’s one of the best television shows I’ve seen and I was gutted when it stopped after 2 seasons. So I totally fanboyed them and irritated them asking them ‘In that scene how did you do etc etc…’. Jared, concentrate on rehearsals! (laughs). It was great! Ciaran is a wonderful actor, as is Tobias and Ian.

Is there much room for improvising in a project like this?

Improvising 18th/19th century dialogue is pretty difficult! You can ad-lib… you can generally tell when a scene is improvised, because what happens is people will stop listening and actors wait for someone to take a breath. In that breath they then shove their prepared narrative into that gap and it’s normally not good. And they also do that thing that you would hate as an actor if it had come written down – you don’t want to express your subtext. We are not writers!

Your character seems like a loyal man; could you tell us about Francis Crozier?

Yeah he’s a loyal man and a good second in command. Tobias’ character sees Ciaran’s character as a father figure and a benefactor and patron. He also buys into the idea that Franklin has, that the British are meant to rule the world… God smiles kindly onto the British and won’t let anything bad happen to the English, specifically. They are special in some way. My character Crozier may have certainly bought into that at one point, but by this time he has become embittered because he understands that although he’s British he’s not English. And that will always be held against him and stop him from advancing. So he’s started to separate from that idea.

He successfully explored the Antarctic with Sir James Ross and they were difficult, dangerous expeditions but successful. So he understands what can happen. He knows how bad it can get, and it can get really, really bad. In his mind the practical realities of that outweigh the fact that there’s an adventure element to this, and that yes, we’ll be bringing honour and glory onto the Crown, but we need to figure out how we are going to survive it. He has a practical approach to it.

Were you familiar with the history behind the discovery of the Northwest Passage?

No, not at all… that was one of the things I loved about it when I got the script was that I knew nothing about the story. Here’s a script that not a remake, reboot or sequel. It’s a completely fresh story and what a gift that is!

This is a classic supernatural suspense in many respects and allows the slow-burn tension to work really well. It also doesn’t shy away from quite visceral examples of horror but it still allows the viewer to conjure up their own sense of uneasiness. Did you know much about the supernatural element and how much did they tell you at the start?

So you get the little log-line and the script, and you could see that there were these little elements being laid in during the first episode. It’s done with fantastic restraint and patience which I loved. One of the first questions I asked the producers was ‘This just doesn’t descend into just a monster story where we are running and screaming, and that’s all it is about?’ They said ‘Absolutely not, this is an examination of this world and these people and characters that bring Britain into the Antarctic and then every conception about themselves gets ripped away until they are left with the essential question about themselves. The genre element which is in the book is a sort of metaphor, if you like, about retribution and karma – they unleash this force that they don’t understand.

What stories have particularly scared you in the past, or left a haunting mark?

Oh, Jacques Tourneur’s Night of the Demon. I love that movie, it’s so good! And it deals very much with the idea of the rational journalist who’s coming along investigating a friend’s death which is being attributed to supernatural causes and they won’t believe it at all. And he’s slowly led into the understanding that it’s real. It’s so good! I love those stories.

The Terror follows along similar thematic lines too…

That’s the challenge we found ourselves in. At a certain point in the story, you know that they (the ship’s crew) would have started to discuss ‘what is it?’. We don’t want to answer too much too soon but after we get towards the end you realise that nobody would have told those characters. They don’t get answers, so they have to start speculating on what it is they are facing. But the audience have a much better idea of what’s going on because they are privy to the conversation that the Inuit’s have so they understand. It was very satisfying from that point of view making the show.

I’m a fan of supernatural stories that don’t necessarily give you all of the answers. Without giving anything away does The Terror give the viewer some room for interpretation or does the story wrap up?

It does wrap up, it’s not like Lost! It ends, and you get to face it so to speak.

The sheer scale and endeavour of this show is impressive. The lines between TV and Film has blurred somewhat recently. How does that translate to you as an actor? Is that better in terms of the projects you are offered?

I think what you are seeing happen is the blurring of the lines is a result of several things. Hollywood doesn’t make movies for adults anymore. They’re not interested in entertaining adults any longer . That’s been true for awhile, and they’ve created a vacuum. Into that vacuum HBO, AMC, Showtime and the streaming platforms stepped in. The streaming platforms have a lot of money. So the production values are now matching film and that wasn’t always true. It can now deliver an experience that is as visually fulfilling as a film is. Their stories are more complicated and richer because they appeal to people who have lived a life and who have a nuanced understanding of themselves and the world that they are interacting with.

From my point of view it’s fantastic because it got to a point where the scripts you were reading were another remake… ‘…another Robin Hood, FFS!’ (laughs). You have to have a really good reason to remake something. Quite often they remake really good movies and it’s odd?! It’s hard enough to make a really good movie the first time. It would make sense to remake a movie that didn’t quite work for some reason, but there’s something there. Like Logan’s Run!

BT Sport Pack customers will be able to watch on Sky Guide channel 192.