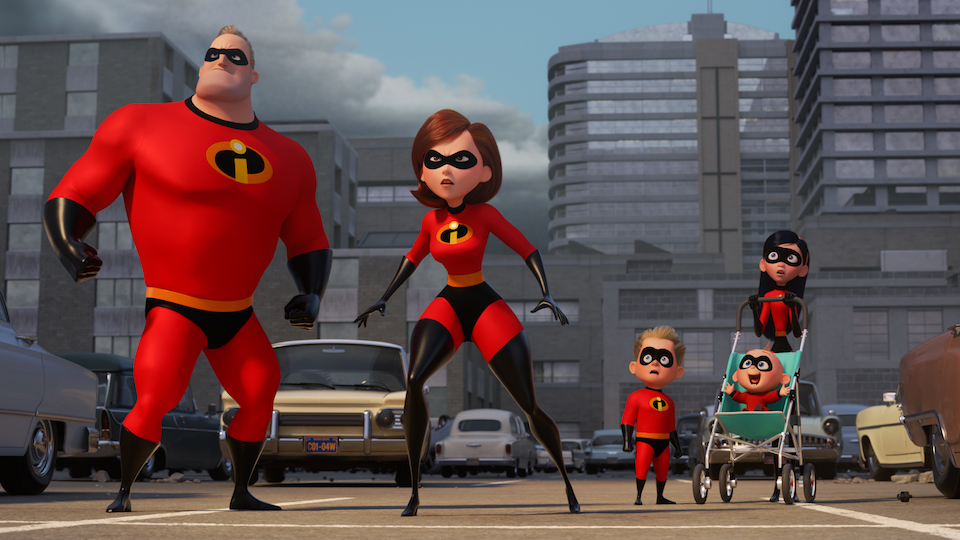 Edinburgh International Film Festival (EIFF) is set to go full-force into its opening weekend, hosting a Family Gala screening of Disney•Pixar’s highly-anticipated sequel, Incredibles 2, confirmed for Sunday 24 June, 2018 at 2pm at the Festival Theatre, Edinburgh. Tickets are available now through the EIFF website.

An additional School Screening will also take place at Filmhouse on 25 June, 2018 at 10AM for local students.

The Family Gala builds on Disney’s longstanding relationship with EIFF, which has proudly hosted Festival gala screenings of Disney•Pixar’s Academy Award®-winning WALL•E, Toy Story 3, Inside Out and Finding Dory in recent years.

Mark Adams, EIFF Artistic Director commented: “The Incredibles won hearts the world over with its fun and exciting adventures and it’s an honour to be continuing our long-standing relationship with Disney and Pixar Animation Studios to deliver this special, superpowered sequel to our younger audiences and their families.”

In Incredibles 2, Helen (voice of Holly Hunter) is called on to lead a campaign to bring Supers back, while Bob (voice of Craig T. Nelson) navigates the day-to-day heroics of “normal” life at home with Violet (voice of Sarah Vowell), Dash (voice of Huck Milner) and baby Jack-Jack—whose superpowers are about to be discovered. Their mission is derailed, however, when a new villain emerges with a brilliant and dangerous plot that threatens everything. But the Parrs don’t shy away from a challenge, especially with Frozone (voice of Samuel L. Jackson) by their side. That’s what makes this family so Incredible.

For more information on this year’s EIFF visit www.edfilmfest.org.uk.