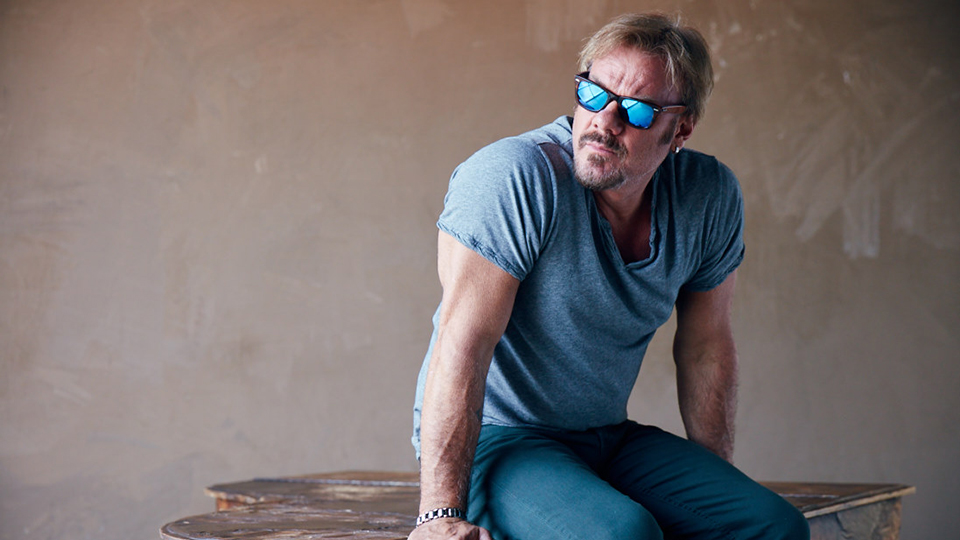 Launched on 30th March, it features re-recordings of the country music hitmaker’s famous piano-pounding hits, as well as a selection of new tracks.

Vassar’s catalogue includes 10 No. 1 singles and 26 Top 40 hits, including Carlene, Just Another Day in Paradise, Six-Pack Summer, and That’s When I Love You.

He’s also had cuts by some of the leading names in country music, penning songs for Collin Raye (Little Red Rodeo), Alan Jackson (Right on the Money), Tim McGraw (For a Little While), and Jo Dee Messina (Bye Bye and I’m Alright).

He spoke with me ahead of his UK tour dates about finding constant inspiration in the songwriting process, and the amazing young artists he’s supported through the ranks.

Your UK tour kicks off on April 12. What will be different this time around?

Well, I’m just excited to play my music, and hang out with my friends in the UK. I played C2C the year before last and it was great. I’m excited to get over and play more shows, I’m pumped. We’re going to do some songs from the new record, and some songs that were big hits for me.

Were you surprised how the appetite for country music has changed since you last visited?

I am, I was excited by that. It’s nice to get over there and everyone’s enthusiastic. In the last three or five years or so, it seems like it’s really changed. I played Bush Hall at least eight to 10 years ago, but I never really got to do a real tour. I played a festival, more of a pop festival, and then I played a couple of little deals, so I’m excited to come over for nearly two weeks. It seems to me like the awareness is amazing. I hope I can come back next year, that would be very nice.

Will you be asking for song requests via social media on this tour, like you have at other shows?

I think that’s what we’re going to do. I think it’s a great idea. That way we know what folks want to hear, what they’re listening to, or what they know. I never have a set list, I just start playing.

I remember the first time I played in London at the Borderline years ago and walking in and it’s just an empty room thinking, well, it’s going to be weird, nobody’s going to know any of my songs. Within an hour, it was completely packed and everyone knew every one of my songs. It was amazing.

Do you have an inkling of what UK fans may request?

No, I don’t. I have no idea, that’s what’s so cool about it. A lot of folks were requesting work from albums that were never singles, or released to radio, which is really going deep, which I thought was very, very cool. I can’t imagine how they would have heard of them otherwise.

Do you notice a different appreciation for songwriters when you visit the UK?

Absolutely. More than anywhere. They’re students of the music.

Will you be bringing over a full band for these shows?

We’ll have a full band, my drummer, my bass player, and guitar player, and I’m bringing my sister who’s never been to Europe before. My sister’s my best friend and I’m excited she’s going to be with us.

What’s been the reaction, so far, to the exclusive European release of Look Back Forward?

They just put it out, so I’m excited. I haven’t heard that much yet, a few friends have emailed me and said, I really like Party People, or whatever. It’s going to be exciting to get over and see what everybody likes and get their opinions on things. It’s one of those things you live for.

Why did you decide to release an album exclusively for European audiences?

You know, I’ve never really done that before. I thought because I’m coming over for a few weeks it would be good to do something different like that. I’ve had it in mind for the last couple of years. We’re actually already looking at when we can come back again.

How did you approach Look Back Forward?

I think that my objective is to kind of grow as an artist and songwriter, and I know it sounds probably pretty cliché, but I think that as you live longer, and you live more, you write different kinds of songs. And, I think that’s where I am in my life, really. I love, love, love playing music, and I love touring. I love what I’m doing and I’m so lucky to be able to do it, and I know that. I think I’m having more fun now than I ever have in my career. I had surgery on both of my knees in January, so I had some downtime over a month where I just sat at the house and played piano with icepacks on my knees.

I thought, you know man, it just solidified and drove home to me how much I love what I do and how lucky I am to do it. It’s amazing to feel that way, and when your passion and job come together, you’re really very blessed.

What do you think has changed? Do you feel the pressure to create hits has lifted?

I think you’re exactly right. For me, it’s about writing what I want to write about, not what somebody thinks I should be writing about, or that it needs to be a country song about a truck, or it needs to be about drinking beer, or whatever. If I want to be writing about love, breaking up with someone, feeling happy or unhappy, I feel like I can do that, and there’s a real freedom in being able to do that. My writing is all over the place, but I think that’s a good thing.

Is the album mainly comprised of completely new material, or songs that you’ve recorded at home as well?

I released some of it on my album this past year in The States, so it’s a little mixture of both. I actually re-recorded a couple of songs I wrote years ago, My Chevrolet and Amazing Grace. Fall Crazy is another song I haven’t released over here (America) yet.

Did you co-write for this album? And, what was the recording process like?

I did co-write some of them. Sarah Darling and I have a song called Voice in my Head, a song I wrote when I was in Las Vegas. I love her voice, she’s just amazing.
We recorded every bit of the record at my house, and I produced. I worked with my guitar player Jeff, who’s coming over with me (to the UK) and my band leader. We’ve done the last three or four records. We grew up together our whole lives, so we’ve known each other a long time, it really works well us working together on these records.

Your series, Songs From The Cellar, was a big success. Can we look forward to more interviews and conversations soon?

We’re getting ready to air Songs From The Cellar in May, we’re excited about that. We’re already working on next year.

It’s something I’ll start working on in the summer when I get back from the UK. We have 13 shows already recorded. A lot of the guys (who are interviewed) are songwriters in Nashville.

Do you notice the conversations changing? Are songwriters talking about different things that may be affecting them and their work?

I love it. It’s fun because a lot of my buddies are artists, like Old Dominion just did my show. It’s not just country, it’s about songwriters. Steve Cropper who just did the shows is in the Hall of Fame, and Brenda Lee did the show. All these amazing, amazing artists who are in The Rock and Roll Hall of Fame, the Country Music Hall of Fame, and the Songwriters’ Hall of Fame, and I just love knowing about the process of writing songs. I’ve learned so much about the masterful songs that have been written over the years. The writers who wrote these songs have done the show, and the artists that sing ’em, like Hunter Hayes. Even all the way to guys like, Mike Tyson, the heavyweight champion of the world did the show. It’s really exciting just to talk about music, and life, and whatever it may be.

You’ve supported some amazing young artists over the years. Who should we be watching out for right now?

Phil Vassar’s album Look Back Forward is out now. UK fans can see him live at the following dates this month: