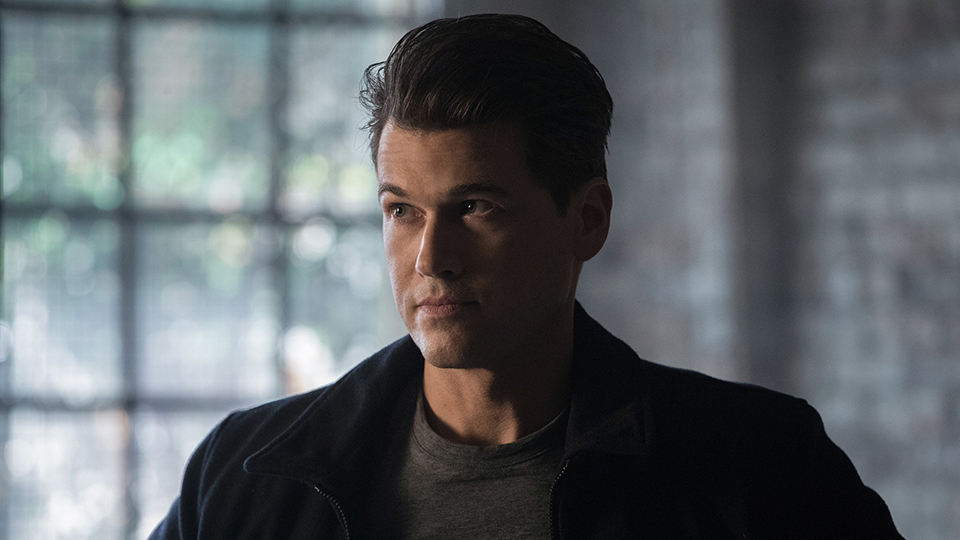 John Constantine (Matt Ryan) made a return visit to the Waverider on the latest episode of DC’s Legends of Tomorrow when Sara (Caity Lotz) was possessed by Mallus.

With her mind trapped in his realm, Sara started to show new mystical abilities putting the lives of the entire team in danger. Ava (Jes Macallan) and Gary (Adam Tsekhman) tracked Constantine down and with the help of the Fire Totem, they were able to release Sara from Mallus’ control.

While she was under Mallus’ spell, Sara was tempted by Nora (Courtney Ford) to join the dark side. Once she was back to her normal self, Sara chose to break up with Ava fearing that she would hurt her if their relationship continued.

Elsewhere the Legends were forced to face their fears while Sara was possessed by Mallus.

The next episode of the season is I, Ava. Sara and Ray uncover a disturbing secret when Ava vanishes. Things go awry when Nate and Wally embark on a mission to get a Totem.