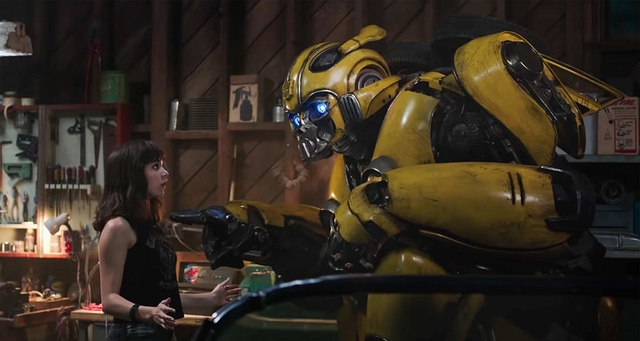 Following up JJ Abrams wonderful reboot, and indeed reinvigoration of the franchise, was going to be no mean feat – especially since it is the highest grossing film of all time. Despite being fairly small in stature, Abrams has some fairly large shoes to fill, and yet rather than essentially roll out a greatest hits package, which in many ways The Force Awakens is, Johnson has decided to tread his own path and make a distinctive break from the past.

Lest all you Star Wars fans start to suffer palpitations at that last remark, fear not, for Johnson really does seem to deeply understand the roots of Star Wars and The Last Jedi delivers in abundance with weird and wonderful creatures, thrilling lightsaber sequences and epic space battles, but it also has the capacity to surprise too.

Without wishing to reveal too much, the story focuses on the First Order’s relentless pursuit of the resistance, and Rey’s efforts to rouse Luke Skywalker from his hermit-like state, to train her and join the fray. Within that framework, Johnson manages to weave in a considerable number of character arcs and character dynamics most notably between Rey and Kylo Ren, Rey and Luke Skywalker, Supreme Leader Snoke and Kylo Ren, Finn and new character Rose, and a headstrong Po butting heads with Laura Dern’s new character Vice Admiral Holdo.

In truth, it is only really Benicio Del Toro’s new character DJ, who seems woefully underwritten, while the only major disappointment of the movie is a trip to the opulent Canto Bight – which really serves as an excuse to throw in plenty of weird looking creatures, but ultimately proves to be a hugely unnecessary digression.

Unexpectedly, the film also generates a surprising number of laughs, with even the First Order getting in on the act. In fairness, not all of the jokes land, but most of them do and some of them are absolute belters. And it is the comedy which really helps the film pack its emotional punch, taking its audience on quite the rollercoaster.

Extras were unavailable for review, which is a shame.

With its sumptuous score, beautifully crafted shots, intense close ups, delightful dogfights and thrilling lightsaber duels, to see The Last Jedi on a 26m x 15m IMAX screen is an absolute thrill. Johnson has bravely gone his own way, breaking from some of the past traditions and embracing plenty of new ones, but he has served up a visual treat with The Last Jedi which serves not just as a fitting tribute to Carrie Fisher, but goes down as one of the great Star Wars movies.