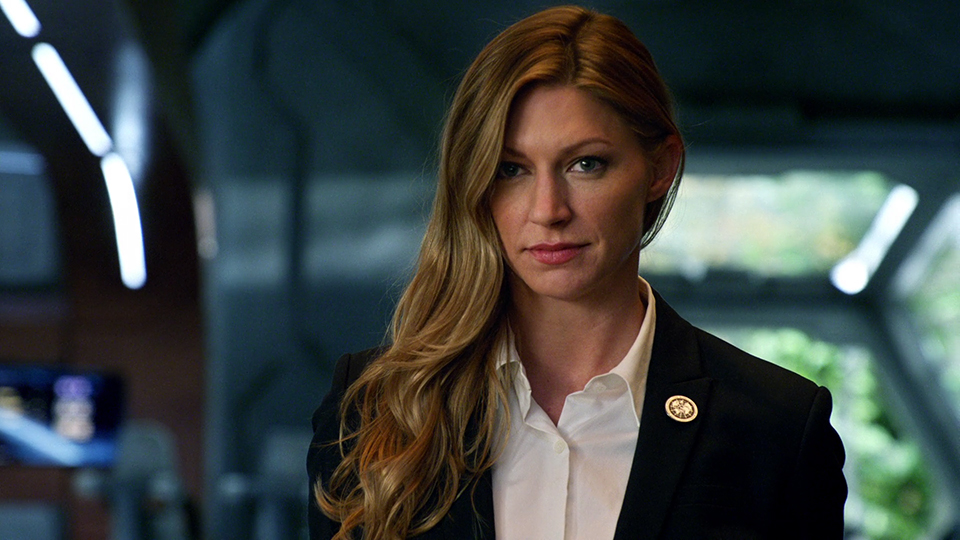 DC’s Legends of Tomorrow was recently renewed for a fourth season and when it returns it will have two new series regulars.

Jes Macallan, who plays Time Bureau agent Ava Sharpe, and Matt Ryan, who plays John Constantine, have both been promoted ahead of the new season reports EW.com.

Macallan made her debut on the show earlier this season and initially butted heads with Waverider captain Sara Lance (Caity Lotz). As the season has progresses Ava and Sara have become romantically involved and their first date appeared in the 12th episode, The Curse of the Earth Totem.

Ryan, who played John Constantine in the short-lived NBC series Constantine, first crossed over to The CW’s superhero slate during Arrow’s fourth season. He appeared in the episode Haunted when he helped Oliver Queen (Stephen Amell) restore Sara’s soul following her resurrection in the Lazarus Pit.

The actor also voices John Constantine in the animated series Constantine: City of Demons, which debuted on The CW Seed last month.

DC’s Legends of Tomorrow has undergone a cast shake-up during its current season. Original cast members Victor Garber, who played Dr. Martin Stein, and Franz Drameh, who played Jefferson Jackson, both exited and Wentworth Miller made his final appearance as Leonard Snart aka Captain Cold.

Keiynan Lonsdale, who plays Wally West in The Flash, has crossed over to DC’s Legends of Tomorrow where he is now a series regular.

DC’s Legends of Tomorrow airs Wednesday on Sky 1 HD in the UK and Mondays on The CW in the US.