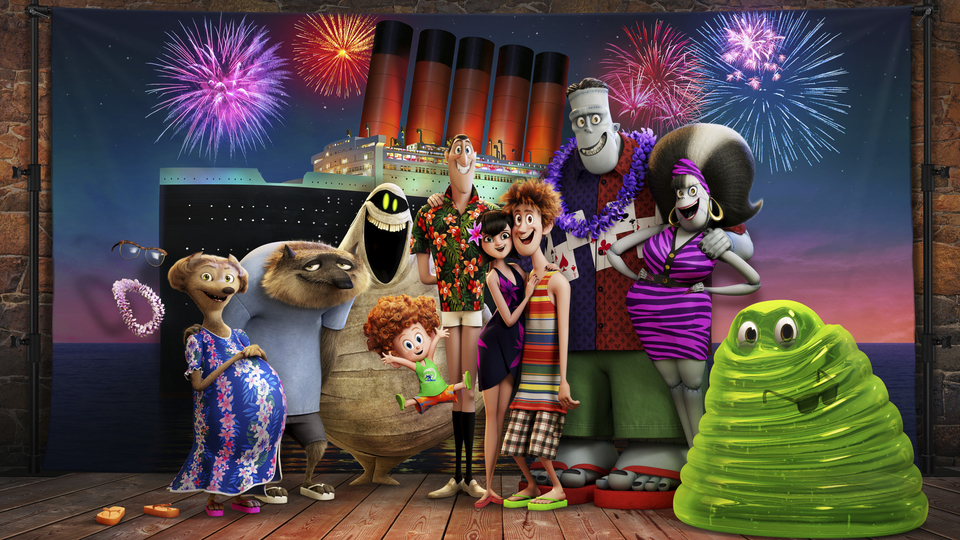 The film has a full title of Hotel Transylvania 3: A Monster Vacation, and is the third chapter in the ever popular animated series about Dracula and his extended family.

The film lands in cinemas on 27th July 2018 across the UK and Ireland just in time for everyone else’s summer vacations.

It’s been one of the best animated franchises outside of Disney, with the horror themed family fun bringing Adam Sandler some of his best work in recent years. Sandler is a fantastic Dracula and having his close friends alongside him makes the franchise that much more entertaining.

The official synopsis for Hotel Transylvania 3: A Monster Vacation reads;

In Sony Pictures Animation’s Hotel Transylvania 3: A Monster Vacation, join our favorite monster family as they embark on a vacation on a luxury monster cruise ship so Drac can take a summer vacation from providing everyone else’s vacation at the hotel.

It’s smooth sailing for Drac’s Pack as the monsters indulge in all of the shipboard fun the cruise has to offer, from monster volleyball to exotic excursions, and catching up on their moon tans. But the dream vacation turns into a nightmare when Mavis realizes Drac has fallen for the mysterious captain of the ship, Ericka, who hides a dangerous secret that could destroy all of monsterkind.

Check out the fun new trailer below and let us know what you think on our social channels.