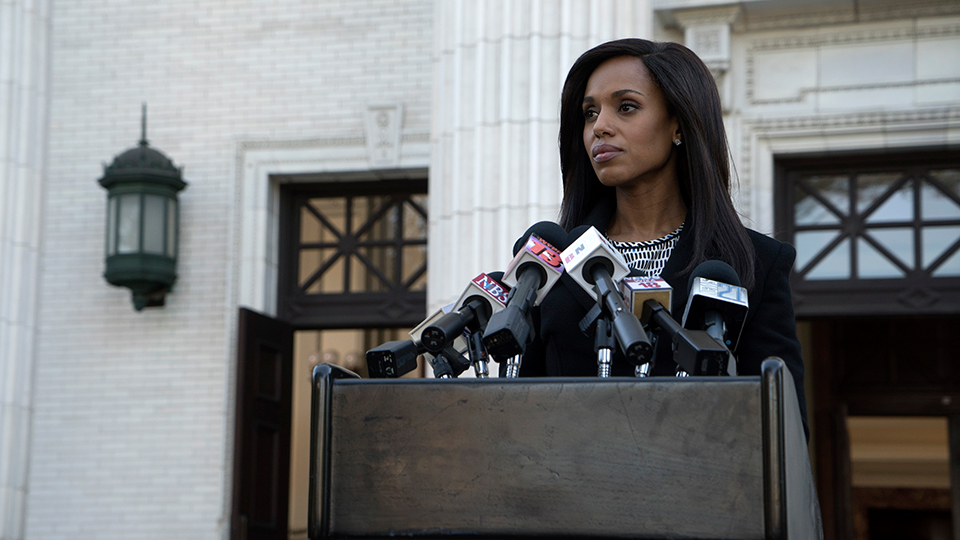 Olivia (Kerry Washington) was forced into an intervention by her friends on the latest episode of Scandal.

Believing she was going to be spending time with Fitz (Tony Goldwyn) following the rekindling of their relationship, Olivia agreed to go with him to Vermont. Upon arrival she was furious to discover that all of her close friends were there and that she’d been tricked into an intervention.

As her friends asked for answers regarding Quinn’s (Katie Lowes) death, Olivia locked herself in a bedroom. Seemingly seeing reason, Olivia agreed to resign from her role as Chief of Staff and let Jake (Scott Foley) shut down B613.

It turned out to be a double-bluff on Olivia’s part as she returned to Washington and refused to resign from her position.

The next episode of the season is Army of One. Mellie’s plans to name Jake as her new chief of staff only propels Olivia to do whatever it takes to make sure that does not happen.