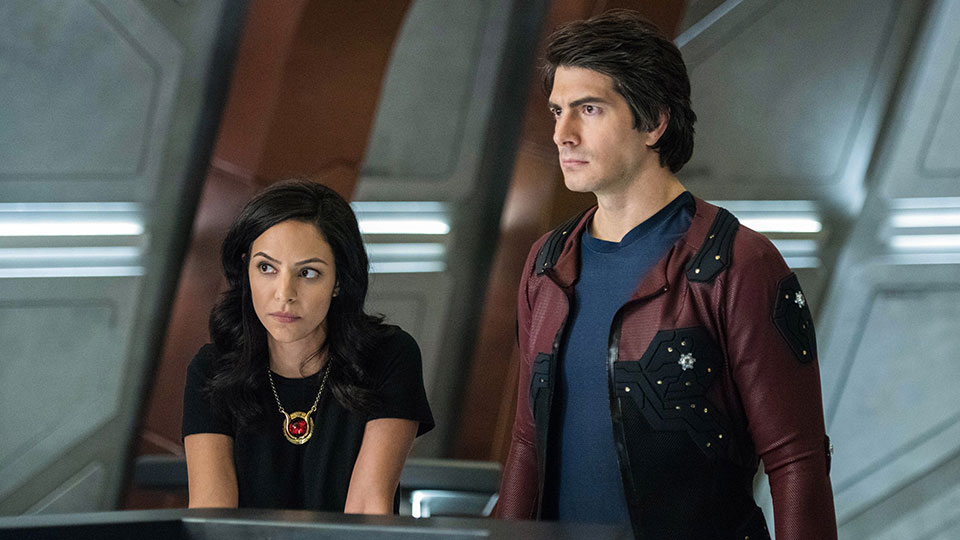 The Legends team decided to try and retrieve a totem by themselves while Sara (Caity Lotz) went on a date during the latest episode of DC’s Legends of Tomorrow.

Finally giving in to her attraction to Ava (Jes Macallan), Sara took a night off but soon wished she hadn’t when the Legends walked into a load of trouble. The team went to the Bahamas in the 1700s and encountered a crew of pirates, that included Damien Darhk (Neal McDonough).

Darkh stole Amaya’s (Maisie Richardson-Sellers) totem and the team had to call Sara back from her date to help them. Blackbeard (Jonathan Cake) and his crew boarded the Waverider while Darkh attacked the ship with cannonballs.

Ray (Brandon Routh) felt guilty for injuring Nora (Courtney Ford) and returned right his wrong in exchange for Amaya’s totem. That didn’t go too well as Ray was captured by the pair.

The next episode of the season is No Country for Old Dads. It’s all about the Fire Totem as Damien and Nora Darhk kidnap Ray and force him to fix it. Sara’s personal life takes a positive turn.