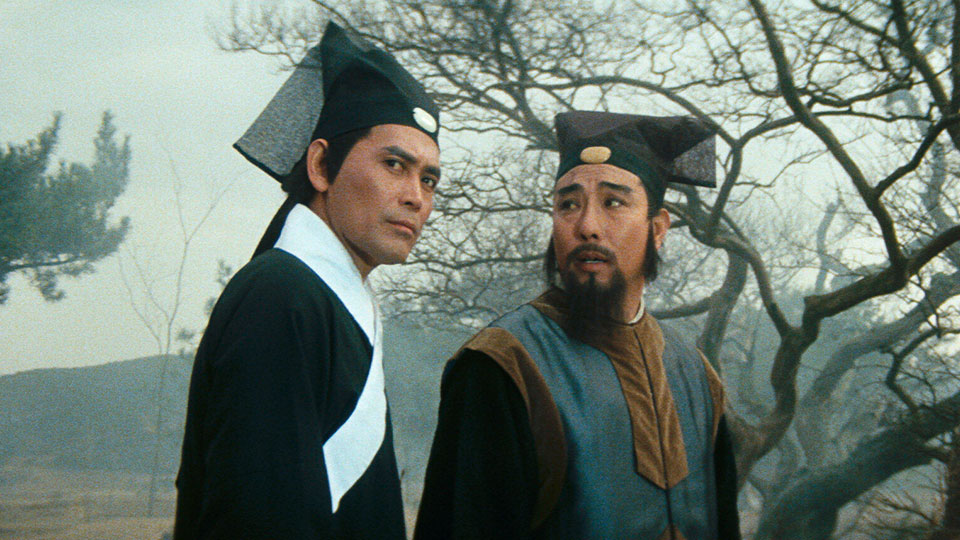 Eureka Entertainment to release Legend of the Mountain, the beautifully restored directors’ cut of a King Hu masterpiece, as part of The Masters of Cinema Series in a definitive Dual Format (Blu-ray & DVD) edition on 19 March 2018.

Although most commonly associated with the Wuxia genre, in 1979 King Hu directed the epic fantasy-horror, Legend of the Mountain. Heavily influenced by traditional Chinese aesthetics and Zen Buddhist philosophy, it has come to be regarded as one of his greatest filmmaking achievements.

A young scholar, Ho Yunqing (Shih Jun, A Touch of Zen, Dragon Inn), is tasked by an eminent monk to transcribe a Buddhist sutra said to have immense power over the spirits of the afterlife. To execute his work in peace, he travels to an isolated monastery deep in the mountains, where he encounters a number of strange people, including the mysterious and beautiful Melody (Hsu Feng, A Touch of Zen, Dragon Inn). As malicious spirits attempt to steal the sutra, Ho becomes entangled in a conflict between duelling forces of good and evil. Will he leave the mountain alive?

Adapted from a Song Dynasty folk tale, Legend of the Mountain exemplifies King Hu’s masterful command of spectacular visuals and philosophical insights into life and existence. Heavily edited upon release, the film has now been fully restored to its original length in stunning 4K, and The Masters of Cinema Series is proud to present the film for the first time ever on home video in the UK, in a special Dual Format edition.

Legend of the Mountain, the beautifully restored directors’ cut of a King Hu masterpiece, is available as part of The Masters of Cinema Series in a definitive Dual Format (Blu-ray & DVD) edition from 19th March 2018. Available to order here http://amzn.to/2o3w9ZL

To celebrate the release we’ve got 3 copies of Legend of the Mountain to give away. All you need to do to be in with a chance of winning is enter below…

In this article:Eureka Entertainment, Legend of the Mountain