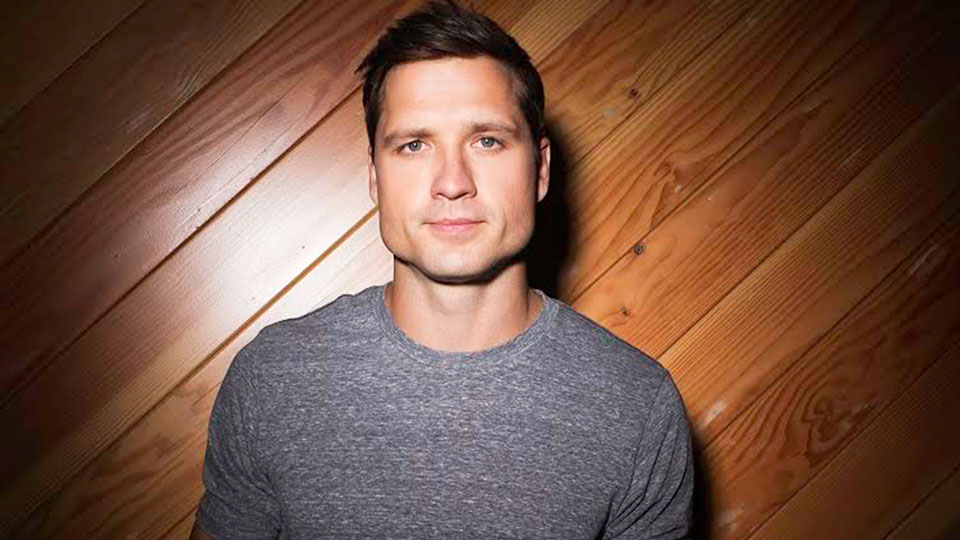 Walker Hayes made his first trip to the UK last weekend to perform at C2C: Country to Country 2018.

The singer-songwriter made multiple appearances across the weekend, performing to large crowds and creating quite a buzz. With a different sound to every other artist in Country, Hayes has found a niche and his album boom. has been a hit on both sides of the Atlantic.

I caught up with Walker at C2C to talk about his emotional new single Craig, discuss the challenges of pushing musical boundaries and to find out if he was planning to come back for some headline shows later in the year.

Craig is the next single from boom. When we last talked we were saying how neither of us could get through that song because it’s so emotional. How are you going to do it?

I can’t. We actually have an interview set up for the launch of that song sometime coming up, maybe a week from now. I have to do it and have Craig . I have no idea how I’m going to finish singing that song with him there. To me that’s a testament to how powerful music can be and how special a song can be to someone who wrote it. I’m seeing really early on that the song has a really awesome, positive viral effect. People people hear it, they pull over, it helps them in their life and then they tell people about it. It’s like a good virus (laughs).

I was listening to boom. on my way to The O2 this morning and I was pulling into the car park Craig came on, so I had a little sniffle…

Oh yeah?. That’s awesome. It’s funny. . . my daughter, she’s 12, and I was driving her home from gymnastics the other day and she said, ‘Dad, I heard Craig today. I’ve heard it a bunch of times but it still makes me my eyes water’ and I was like, ‘That’s good. That’s a good thing when a song does that’. Man I’m just so honoured. I’m honoured to know people. like Craig and I’m honoured to have a job where I can write about them. How cool is it that I’m on a label that will put a song like that on the album? You know something so personal. I’m really not sure that all artists get that freedom and it sure feels good, and then to put it out as a single… holy cow. I mean that’s next level artistic freedom so I’m just lucky man. I’m so excited and we’re excited about What You Broke Up With Me did and pumped about releasing Craig.

One of the things I love about boom. is that every single song is so different and every time you listen to it, you get something new out of it. The album doesn’t sound like anything else, which is very bold in the current Country radio music climate. What challenges have you faced because your sound is pushing boundaries?

Yeah, stylistically a lot of people are reluctant to even give it a chance. They turn it on and there’s spoken word there’s rap, if you will, stuff like that, which is unfortunate but I knew I was going to press those buttons as far as purists and country traditionalists are concerned. However I’ve heard a lot of people change their tone over time listening to the album. I was just encouraged to push those boundaries by my producer Shane McAnally. He would settle for nothing than the greatest material that he thought I had to offer on that album.

I’m proud of myself for the fact that the album may be 35 minutes long but it’s jam-packed with stuff. I feel like every song you could listen to eight to ten times and still catch a new turn of phrase or a little depth in there. We were prepared for some pushback but honestly one thing I paid attention to as a writer, is just the infectious nature of a song regardless. A song like Beer in the Fridge, even though it’s very sombre, very vulnerable, very dark… not a lot of hope really in that song, it’s pretty sad… it had that beat. I feel like even those songs like Craig have a rewind factor to them that we tried to pay attention to when making the album. I didn’t want one song to be a throwaway or just one of those punch-line songs where you hear it and you don’t want to hear it again.

What you hear, that’s me right now. That’s my heart and soul put on a 10 song album. I made it. I’m proud of. I hope it spreads and I don’t know how many singles we’ll release off of it. I’m on to making in the next one. The next album picks up where that one left off. I’m still struggling as a recovering alcoholic, trying to get stronger and stronger in that journey. I’m still a dad. Obviously there’s more kids to write about than just Beckett. All my songs are life inspired so I’m ready for the next project but I’m still enjoying just how boom is doing. I love to know what song people gravitate towards because it’s always a different one. I can never predict. Sometimes people walk up and I think, ‘I bet you Mind Candy is their jam’ and they’ll be like, ‘Dollar Store is my jam!’ It always surprises me what people are falling in love with.

That’s good. We considered that one, Beautiful and Shut Up Kenny. Those were all contenders for singles at sometime.

That’s the thing with boom. It feels like every single track could be a single…

Right! I love that…

…but at the same time I’m itching for more music because I feel like this is just scratching the surface of what you’re capable of doing. I think it’s incredible innovative and I love the fact it doesn’t sound like anything else. You’re without a doubt one of the most exciting artists in the genre right now and I wish you got more credit for that…

Thank you! I appreciate it. No, it’s OK. I feel like when you do something unique it takes a minute and it is far out. We get stuck in my little shack bubble and I just write songs and we all love them as a team. When you hear them on the radio I’m reminded my stuff is really different. When you just listen to it over and over, you get so used to it but when you hear it next to other stuff that’s working, I am constantly reminded that we really are pushing the boundaries and I love that. I hope that’s how I always feel every time I release a single. I don’t ever want to feel like we’re pulling a safe move. I always want to push those boundaries and be doing what’s next but also really just doing what’s honest. To me that’s what people, they may not realise it, but that’s what I think they’re falling in love with. It’s not my voice, it’s not my style, it’s not my story… it’s just that every song is just the truth and so people were able to insert their own lives into my my little dreams.

I think that when you deconstruct the songs , they are very much what you would consider to be Country. The heart of the songs is a personal, relatable and honest story, and that’s what Country music is all about isn’t it?

Right. I love you saying that because that’s why I moved to Nashville. I could’ve moved to L.A. and done some pop track or I could have gone to New York and and chased a kind of a different lyrical craft. But I went to Nashville for that, because in my opinion there’s no other genre where you can write songs like Craig or even Mind Candy, and tell the story of Laney and I dating in high school or Beer in the Fridge where you say, ‘I struggle with this’. Only Nashville could have taught me how to do what I did on boom. It was just a matter of time until those ideas combined with my writing capabilities and created that. I feel like boom. is a project that’s going to stand the test of time, in my mind. I think I’ll listen to it in ten years from now and go, ‘Man those are good songs. I’m proud of myself’ as as opposed to some earlier stuff I listen to and I’m like, ‘I thought that was good but it’s not so good (laughs)’ I think these are these are songs that I will enjoy playing for the rest of my life.

Following C2C, are you going to be coming back to the UK to do some shows maybe later in the year?

I would love to. I hope to get with an act, maybe this fall, where I’m direct support and I hope they make a run here. Man I’ve gotta come back. I’ve heard so much about these crowds here and I saw a couple last night, and it is phenomenal. People in the UK just have a unique appreciation for this music. I don’t know what it is. We as artists love it. It’s priceless to us, the fact that people listen through projects and not just to the singles. That’s mind-blowing to us. We’re not used to that.

I’m headlining now in the States and I’d say half the crowd is anxious to just hear whatever and they know it all but there’s another half, they’re just there for You Broke Up With Me and I feel sorry for them because I’m like, ‘man I don’t play that until second to last so I hope you all have a good time’. I hope to come back to the UK and this is just scratching the surface for me. I feel like my music, like you said, it pushes boundaries but places like this they embrace that a little more. You don’t have so many walls around your music. If you like it, you like it. There’s not a lot of people here listening to my music and saying what it’s not. You guys just give it a chance and if you like it, you listen to it again.

Man I’m just excited to be here. It’s been so welcoming to me and my wife. Thanks for having us.

Walker Hayes’ album boom. is out now. Watch the video to You Broke Up With Me below: