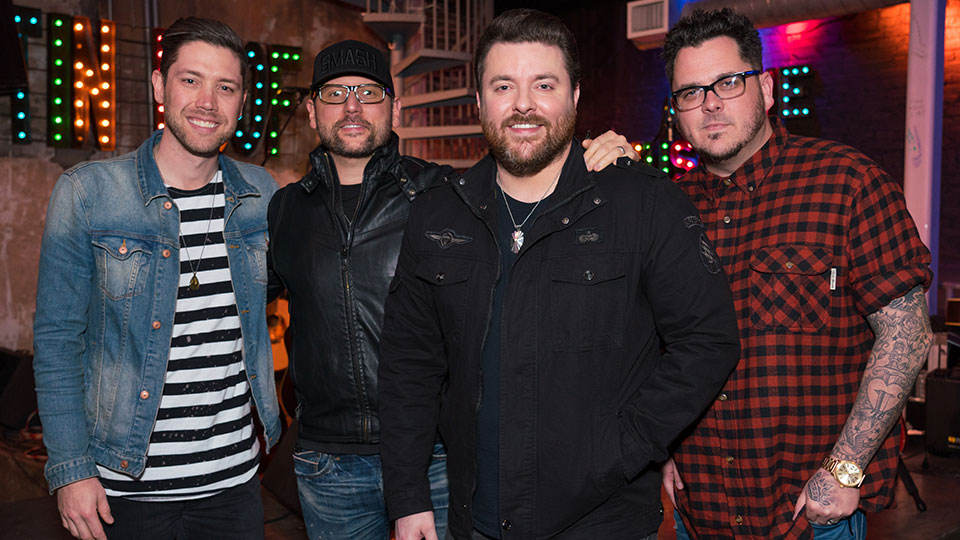 The singer-songwriter gave a special live performance and threw a celebration to mark his incredible career achievement. The event was attended by Young’s friends and family including Country legend Randy Travis.

Young performed each of his chart-topping hits and he was surprised with a double Platinum plaque for I’m Comin’ Over, which was presented to him by Sony Music Nashville EVP/COO Ken Robold.

Young’s 10th number one is Losing Sleep, the title track to his latest album, which was co-written by Young with Chris DeStefano and Josh Hoge. The single was co-produced by Corey Crowder.

“We have no idea if we ever get to stand with a microphone in front of people at a No. 1 party ever again. I didn’t think I’d get to do my first one,” says Young. “It really is one of those things where I went from playing at El Chico on Murfreesboro Road, and with everybody’s support…my family’s support… and a lot of luck, right now I’m standing up here talking about my tenth No. 1 and Randy Travis is sitting over there.”

Young’s 10 number one singles are:

Young will be touring the US with his Losing Sleep 2018 World Tour starting next month. The tour will take him to 40 arena and amphitheater dates including his first hometown headlining show at Nashville’s Bridgestone Arena.

For full dates and ticket information head over to chrisyoungcountry.com.