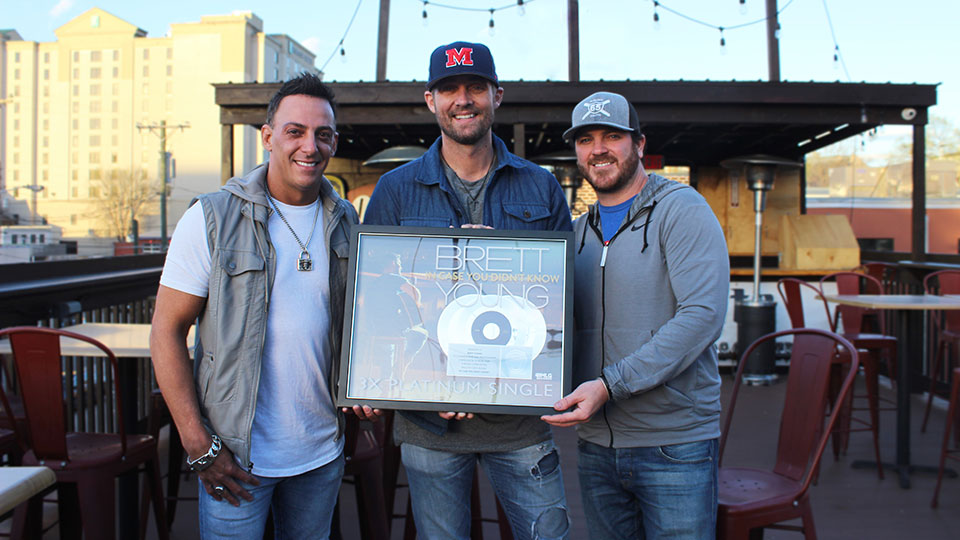 The singer, who is nominated at this year’s ACMs, celebrated the success at Losers Bar and Grill in Nashville. Young co-wrote In Case You Didn’t Know with Tyler Reeve, Kyle Schlienger and Trent Tomlinson.

The track is the only song from a debut Country artist to reach 3x Platinum by the RIAA since 2014.

“Triple platinum. That’s not real,” Young joked. “I’m so thankful to my cowriters, fans and Country radio for making this song what it is!”

Young has achieved three back-to-back number one hits with Sleep Without You, In Case You Didn’t Know and Like I Loved You. He recently released new single Mercy, which is shooting up the charts.

The star has been nominated for an ACM Award for New Male Vocalist of the Year. He recently performed at C2C: Country to Country 2018 in London, Glasgow and Dublin, where he received a rapturous reception.

In April, Young will hit the road with Thomas Rhett for the Life Changes 2018 Tour. In 2017 Young embarked on his first-ever headline tour, The Caliville Tour, with Carly Pearce and he sold-out every single date.