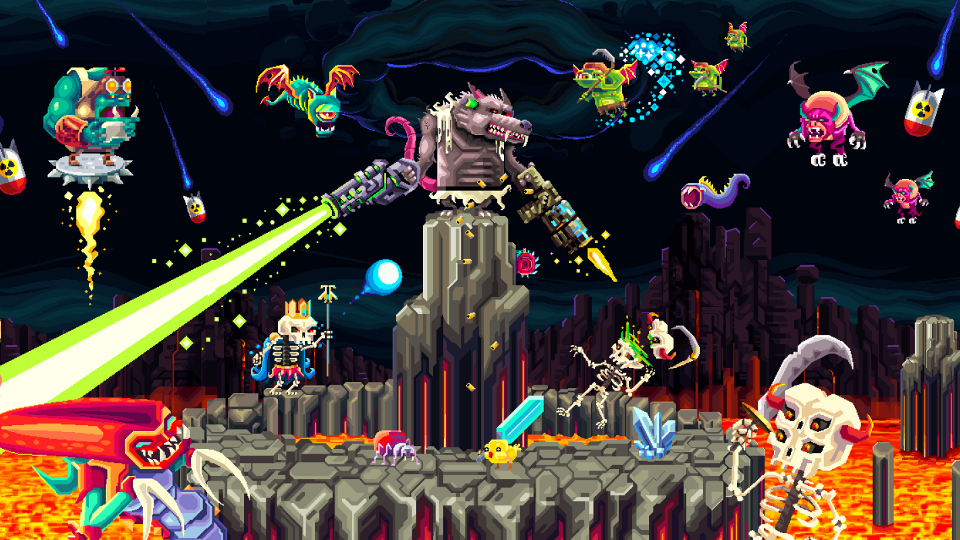 At the end of February, publisher Grindstone and developer Volcanicc announced that their gun-toting dungeon crawler, Hellmut: The Badass from Hell, had launched on GOG and Steam, with Xbox One, PS4 and Nintendo Switch versions coming out in Q2, 2018.

In Hellmut, players become a HellmutANT, roaming through randomly generated dungeons, equipped with powerful weapons, on a quest to purge the swarming Demonspawn. When things get heated, players rely on various Transformations granting special abilities that help counteract different demon foes. It’s time to end the demon domination and save humanity!

For the launch, the developers released a new trailer, featuring the Ghost Walker and Orc Fairy Transformations in action, slaughtering Demonspawn left to right with no remorse.

Watch the Hellmut: The Badass from Hell – Transformations trailer below:

[blockquote]It feels surreal to finally launch Hellmut after so many months of hard work and we can’t wait to hear what players think of it. We are very responsive to our community feedback, because those who play your game are the ones you need to listen to the most. We will continue releasing new features, updates and bring Hellmut to other platforms.[/blockquote]

In Hellmut, all hell breaks loose as players unleash an infernal bullet-storm onto hordes of Demonspawn and savage bosses in a randomly generated environment, collecting their souls, coins and weapons, in order to wipe out the hideous demons from the face of the planet and save the human kind. In between fast-paced play sessions packed with action, players unlock permanent and temporary Transformations, allowing players to control such ludicrous monstrosities as the Rat King, the mighty spell-caster Orc Fairy, and many more, each countering different enemies with own brutal play style.

EF Games will be bringing you a full review of Hellmut: The Badass from Hell later this month. Check out the official website for more information on the game.