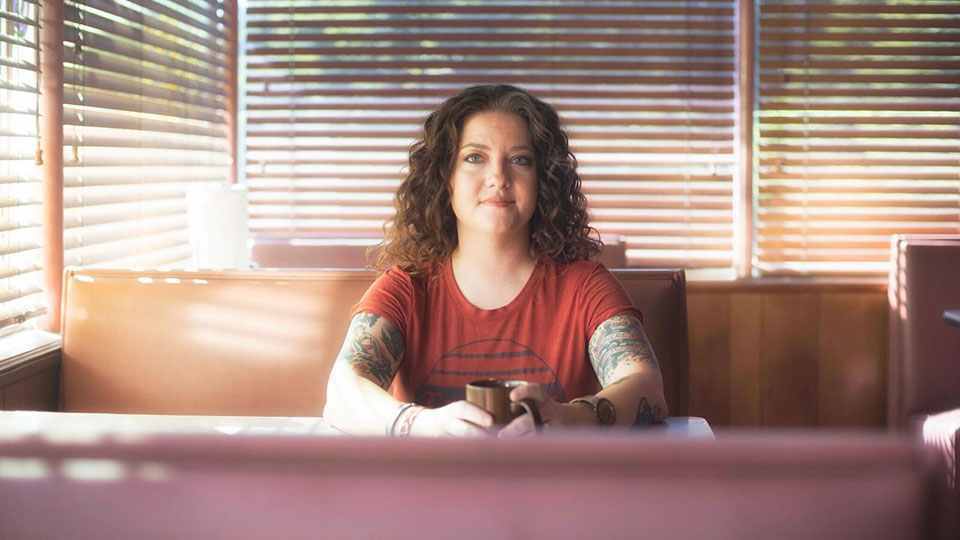 For a Girl Goin’ Nowhere, Ashley McBryde is doing pretty well for herself right now. After years of relentless touring and independent releases, McBryde is now signed to Warner Music Nashville and she enjoyed a big breakthrough in 2017 with her single A Little Dive Bar in Dahlonega. Building on that momentum McBryde has been steadily releasing music to her fans with American Scandal and Radioland among her more recent offerings. With her debut major label album Girl Goin’ Nowhere released at the end of this month, there’s no better time for her to make her UK and C2C: Country to Country debut.

Earlier in the day McBryde wowed the BBC Radio 2 Stage and for her Spotlight Stage performance she delivered too tracks. The ‘not a love song’ (but it might be a ‘love song’) American Scandal showcased her powerful voice and her ability to captivate an audience armed only with an acoustic guitar. Her vocal is powerful and from the heart, full os passion and experience.

For her second song McBryde chose the title track from her upcoming album Girl Goin’ Nowhere. The emotional track reflects back on those who told her she’d never make it and it triumphantly celebrates how she’s proven them wrong. It’s a deeply affecting song and you can hear the emotion pouring out in her voice. I’d be lying if I said it didn’t make me a little misty eyed too.

After those two songs it was time for McBryde to leave the stage and our time with her was all too brief. Thankfully she’s been doing plenty of other shows around The O2 so there’s still time to see her do a longer set. For a two-song performance though, McBryde really showcased herself and she can leave The O2 knowing that she has a new legion of fans eagerly waiting for her debut album to arrive.