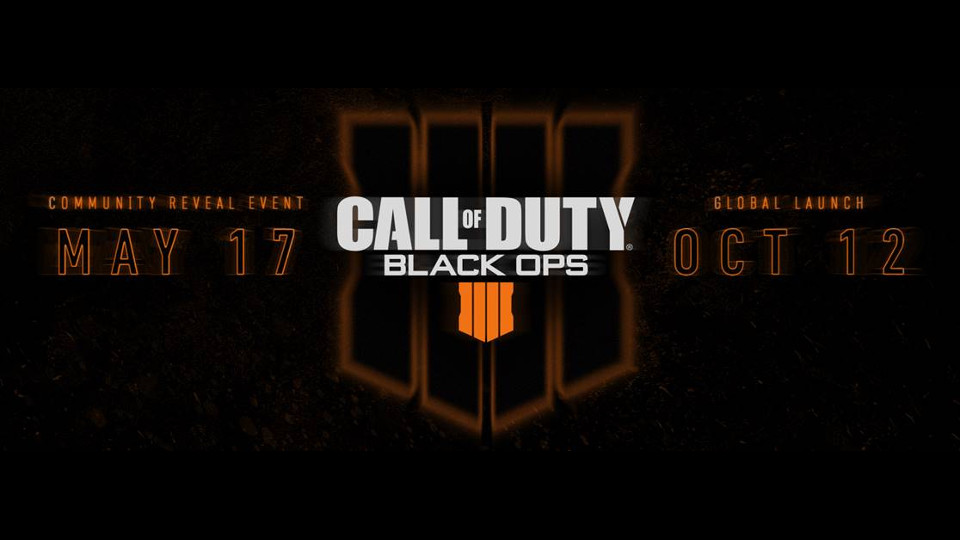 It’s been rumoured for a while that we’d be getting a new Black Ops title as the Call of Duty game this year. Now Activision have confirmed that Call of Duty: Black Ops 4 (IIII) will be the next game. It will also be coming earlier than usual with a release date of October 12th, 2018.

Very little information is currently available but Activision have promised the next instalment will revolutionise their top-selling series. They have also confirmed releases for PS4, Xbox One and PC. We’d expect it will also be enhanced for PS4 Pro and Xbox One X. There’s no mention yet if there will be a Nintendo Switch version of the game.

With the Black Ops 4 announcement comes the news of a community reveal event held by developers Treyarch. This has been set for May 17th, 2018 – right before this year’s E3 event. Providing there are no leaks we’re not expecting to hear much more before the reveal event.

Call of Duty: Black Ops III went for futuristic combat set in the year 2065. There’s no official mention yet of when the new game will be set. However, there have been some rumours that it could be set closer to present day with a near future setting.

Check out the official Call of Duty website for more information on Call of Duty: Black Ops 4. EF Games will be bringing you all the latest news on the game as it is revealed.

In this article:Activision, Black Ops, Call of Duty, PC, PS4, Treyarch, Xbox One