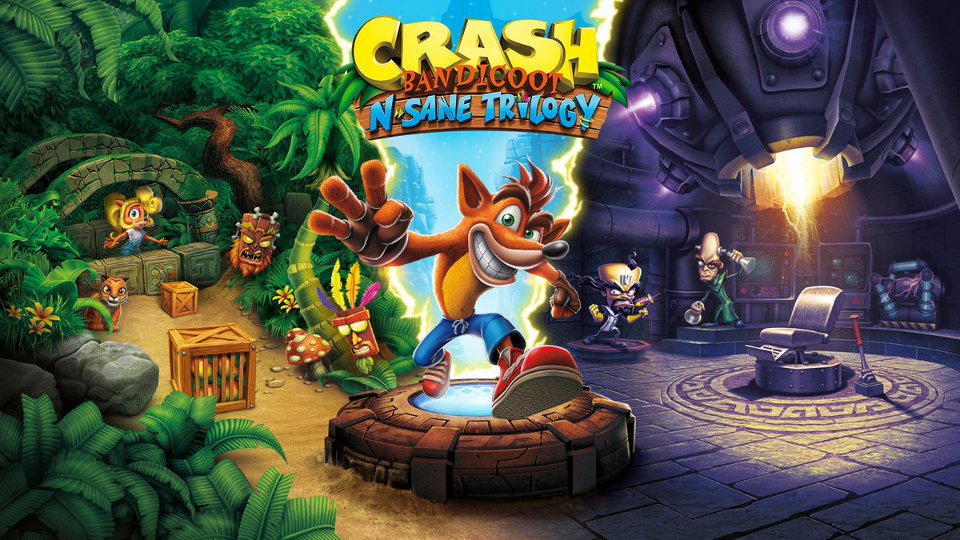 Activision are answering the prayers of Crash Bandicoot fans by bringing the Crash Bandicoot N. Sane Trilogy to all major gaming platforms. Already available on PS4, the remastered trilogy is now heading to Nintendo Switch, Xbox One and Steam on 10th July 2018.

As recently announced as part of Nintendo Direct, Nintendo Switch players will make history as the first three original Crash Bandicoot games arrive on a Nintendo platform. With Nintendo Switch, fans can spin, jump, wump and repeat as they take on the epic challenges and adventures from the Crash Bandicoot N. Sane Trilogy either on the go in handheld mode or from the comfort of their living rooms in TV mode.

Activision and Vicarious Visions are honouring the heritage of Crash throughout the trilogy in a variety of ways. With more than 100 levels to explore, the Crash Bandicoot N. Sane Trilogy fully remastered game offers brand-new lighting, animations, textures, models and recreated cinematics. The game’s soundtrack is packed with all the didgeridoos, xylophones and thumpin’ bass lines you can handle, as well as newly recorded dialogue from some of the familiar voice actors who appear in the original Crash Bandicoot games, including Jess Harnell, Lex Lang and Debi Derryberry, among others.

New features of the trilogy include playing as Coco, Crash’s smart and spirited little sister who comes complete with her own set of special attacks. Full analog stick support, a unified save system and checkpoint system makes it easier for new fans to enjoy the classic adventures, while improved bonus levels and time trials will challenge even the hardcore fans.

Check out the official Crash Bandicoot website for more infomation.