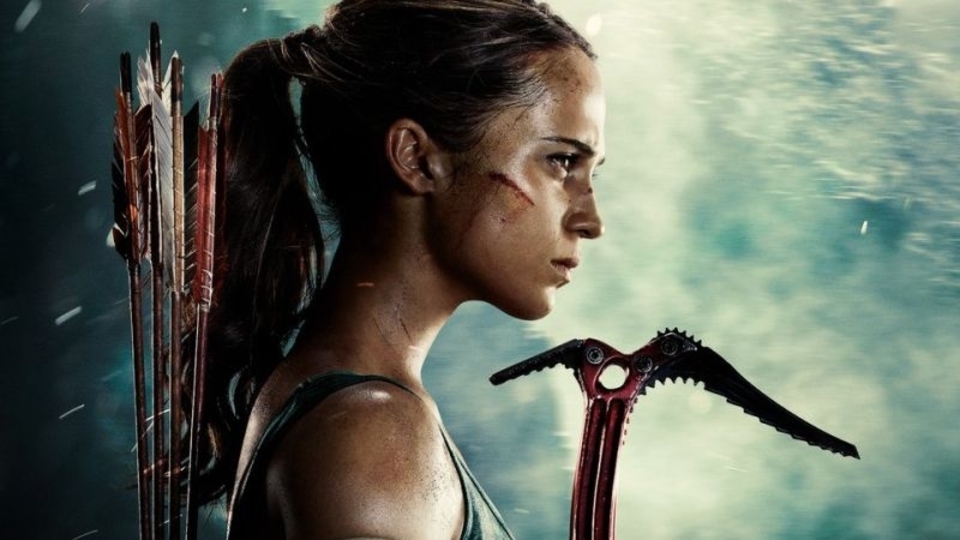 Tomb Raider hits cinemas on Friday 16th March and to celebrate, we’ve put together 10 facts to know before seeing the big screen reboot.

Tomb Raider stars Alicia Vikander as Lara Croft. A mythical island awaits, as Lara ventures into the unknown to solve the puzzle of her father’s mysterious death.

Lara Croft is the fiercely independent daughter of an eccentric adventurer who vanished when she was scarcely a teen. Now a young woman of 21 without any real focus or purpose, Lara navigates the chaotic streets of trendy East London as a bike courier, barely making the rent, and takes college courses, rarely making it to class.

Determined to forge her own path, she refuses to take the reins of her father’s global empire just as staunchly as she rejects the idea that he’s truly gone.

Advised to face the facts and move forward after seven years without him, even Lara can’t understand what drives her to finally solve the puzzle of his mysterious death.

Going explicitly against his final wishes, she leaves everything she knows behind in search of her dad’s last-known destination: a fabled tomb on a mythical island that might be somewhere off the coast of Japan. But her mission will not be an easy one; just reaching the island will be extremely treacherous.

Suddenly, the stakes couldn’t be higher for Lara, who—against the odds and armed with only her sharp mind, blind faith and inherently stubborn spirit—must learn to push herself beyond her limits as she journeys into the unknown.

If she survives this perilous adventure, it could be the making of her, earning her the name tomb raider.

The plot of this film takes inspiration from the 2013 Tomb Raider Video Game, the origins of Lara Croft’s character.

The film stars Oscar winning Swedish actress Alicia Vikander. Much like her predecessor, Angelina Jolie, who played Lara Croft in the two previous versions, Vikander has also won an Oscar (in 2016, for ‘Best Actress in a Supporting Role’ in the movie The Danish Girl).

4. Vikander saw off stiff competition for the coveted role of Lara Croft

Daisy Ridley, Emilia Clarke, Saoirse Ronan and Cara Delevingne were all considered to play Lara Croft at one point.

Alicia Vikander put on 12lb of muscle to play the character of Lara Croft. Her training started 3 months before shooting, and only ended after the last scene was shot. It was a total of 9 months of intense training. According to Vikander in a recent interview, without the continued regime she lost the muscle-mass in 3 weeks.

Most of the stunts were performed by Alicia Vikander when the production permitted the actress to do so. Health and safety was considered a major issue as the film was mostly shot on location and or sets that were purpose-built. CGI and green screen work is said to have been kept to a minimum.

The director, Roar Uthaug, in his early film career started making music videos in Norway. All of his previously 10 films are in the action/adventure genre.

10. Expect Alicia Vikander to sign up for a sequel…

In a recent Twitter questionnaire conducted by GameSpot Universe, Alicia Vikander was asked;

“If you were asked to do a sequel to this film would you!?”

Her answer: “Yes, I’ve adored taking the role of Lara. We will see if there is an audience out there for it, then I would love to.”

Tomb Raider is in cinemas everywhere on 16th March 2018.