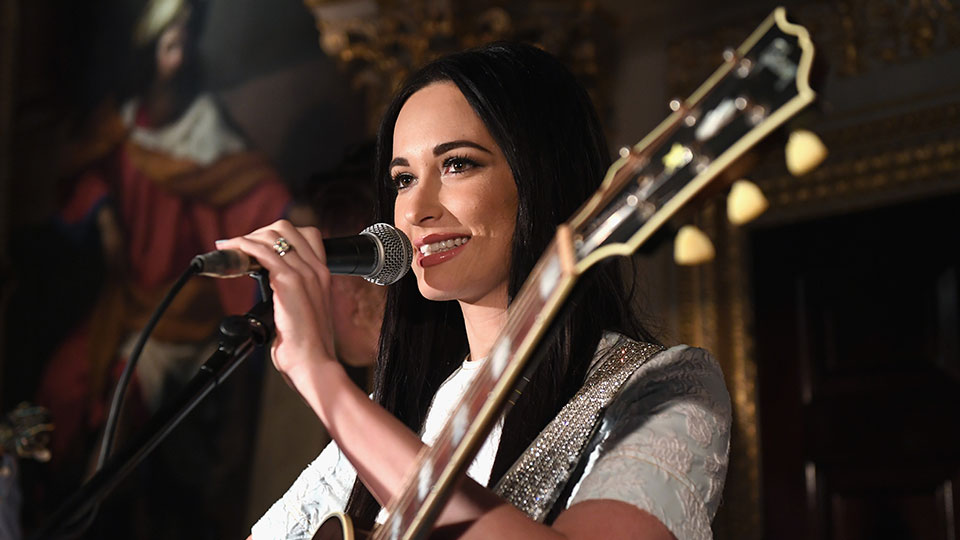 Kacey Musgraves is kicked off her latest trip to the UK in style tonight by previewing songs from her forthcoming album Golden Hour at an exclusive Spotify Fans First event in London.

Taking place ahead of her headline set at C2C: Country to Country 2018 on Saturday night, the performance was staged in the gorgeous surroundings of Spencer House. Earlier in the day Musgraves had afternoon tea with a small group of fans before opening up the event to 100+ Spotify users that were her biggest fans.

Last month Musgraves released two tracks – Butterflies and Space Cowboy – from her third studio album Golden Hour, which is due for release on 30th March. Tonight for the first time in the UK, Musgraves performed several tracks from the new album for her fans kicking off with Golden Hour’s opener Slow Burn. The stripped-back set allowed Musgraves’ voice to shine as she belted the track out before telling the audience it’s one of her favourites on the album. It’s a gentle track, or at least the version I heard tonight was, and it’s a nice way to ease fans into this new record.

During her set Musgraves told the crowd that she had done things differently for this record, reflecting on her personal and artistic growth as well as changes in her life since the last record, one of those presumably being her recent marriage to Ruston Kelly. The audience cheered when she told them that she refused to make the same album twice and it was clear from the songs she performed tonight that Golden Hour is her most personal album yet.

Love is a Wild Thing was the second track she performed from Golden Hour and lyrically it explored the unstoppable nature of love and the way it affects people. That led into Butterflies where Musgraves allowed the audience to sing the first part as she became overwhelmed by the occasion. She apologised after but no one seemed to mind, in fact the audience happily sang every word for her any way.

Next up was Mother, a short but deeply personal track that came about after Musgraves and her husband decided to take a ‘trip’ if you catch my drift? During said ‘trip’ Musgraves received a message from her mother and pondered on the distance between them and how much she missed. That in turn led to thinking about her mother missing her own mother and the song Mother was born. It was a sweet moment and clearly quite emotive for Musgraves.

Over the course of the performance Musgraves worked in two more new tracks – title track Golden Hour and current single Space Cowboy. Golden Hour is the strongest of the new tracks Musgraves performed tonight with its optimistic lyrics and a memorable melody. Space Cowboy of course has been amassing streams so it was another moment the audience lapped up and sang along to.

It wasn’t just about new music though tonight as Musgraves worked in a handful of tracks from her first two studio albums and a song called Rainbow, which she’s never recorded but did perform at her grandmother’s funeral. Merry Go ‘Round was the loudest sing-along of the night while the biting Family is Family, which was one of three encore songs, got a very enthusiastic reaction. It Is What It Is came next slowing the tempo down but Musgraves got the party back up and running with Follow Your Arrow, a song that has become pretty much her signature track.

Throughout the performance Musgraves told stories, chatted with the audience and entertained with her sarcastic and funny comments. She knows how to work an audience and engage, and it’s not hard to see why people love her. With a down-to-earth personality and a tongue-in-cheek sense of humour, she’s genuinely warm and funny, which mkes her all the more endearing.

As the applause went on and the hour-long set came to a close, Musgraves left the stage and the audience buzzed ahead of the Country star’s headline C2C set this weekend. From what I heard tonight Golden Hour could be Musgraves best record yet and it definitely takes her in an exciting new direction that I can’t wait for fans to hear when the record arrives at the end of the month.