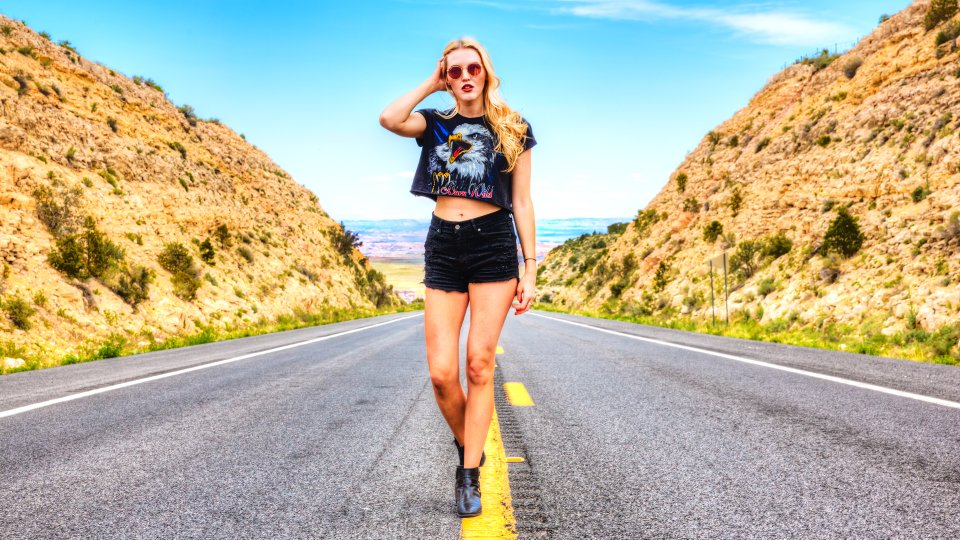 When your father is the late, great country star Glen Campbell, it’s safe to say that there are high expectations for your own music. Yet Ashley Campbell has taken her time to work her way up the ladder since she began touring in her dad’s band, including appearances at C2C: Country to Country and Nashville Meets London here in the UK. Now she’s finally releasing her long-awaited debut album, The Lonely One.

The album opens with current single A New Year, which has a very modern feel about it due to the electronic touches in the background. There’s a sense of hopefulness about the lyrics which suits the sweetness in Campbell’s voice and the jangly melody, and I can see this doing well on radio for its catchy chorus.

Throughout the album Campbell tends to stick to traditional sounds with simple production, mainly focused around banjo, strings and drums. That said, there is also a strong pop influence, particularly on the more upbeat songs like the bouncy, singalong vibes of Better Boyfriend and the lighthearted and breezy feel of How Do You Know, and even some hip-hip vibes from the drum intro to the funky, slinky We Can’t Be Friends.

However Campbell isn’t necessarily the strongest vocalist, and this proves to be something of a double-edged sword. On the one hand, the air of subdued resignation she adds to A Taken Man and Good For You give the songs more emotional resonance than they might have if they were being belted out. But for me, although she makes a noble attempt at it, the likes of Cry and Looks Like Time lack the gravel and menace they need to truly have an impact.

Two standout tracks in my view are Wish I Wanted To and What I’m Doin’ Here. Campbell does an excellent job of storytelling in the lyrics, immersing you in the narrative and making you sympathetic towards the characters. Her breathy yet smooth vocals add to the sense of melancholy and makes the song tug at your heartstrings just that little bit more. I also really liked Carl & Ashley’s Breakdown – even for a musician who’s as known for her banjo skills as Campbell is, an instrumental track feels like a risk, but in this case it definitely paid off. The variations in rhythm show off Campbell’s picking particularly well and the addition of strings give it a lush yet folky feel.

The album ends with Nothing Day, which lyrically reminded me a little of Kacey Musgraves’ Dimestore Cowgirl. There’s a lovely sense of wistfulness in Campbell’s vocals that fits well with the playful, almost childlike acoustic guitar melody and it feels like a nice note to close the record on. In a way it feels like a bookend to the album along with A New Year, with their similar themes and sense of starting anew.

Overall Ashley Campbell has produced a solid debut record that will appeal to those who like traditional country with a pop twist. Whilst some of the songs don’t quite hit the mark and she’s definitely stronger on the sassy kiss-off numbers or the introspective ballads, she’s also shown her skill as a musician and lyricist. There’s plenty of potential on show here and I’ll be intrigued to hear where she takes her sound next.

Advertisement. Scroll to continue reading.
In this article:Ashley Campbell