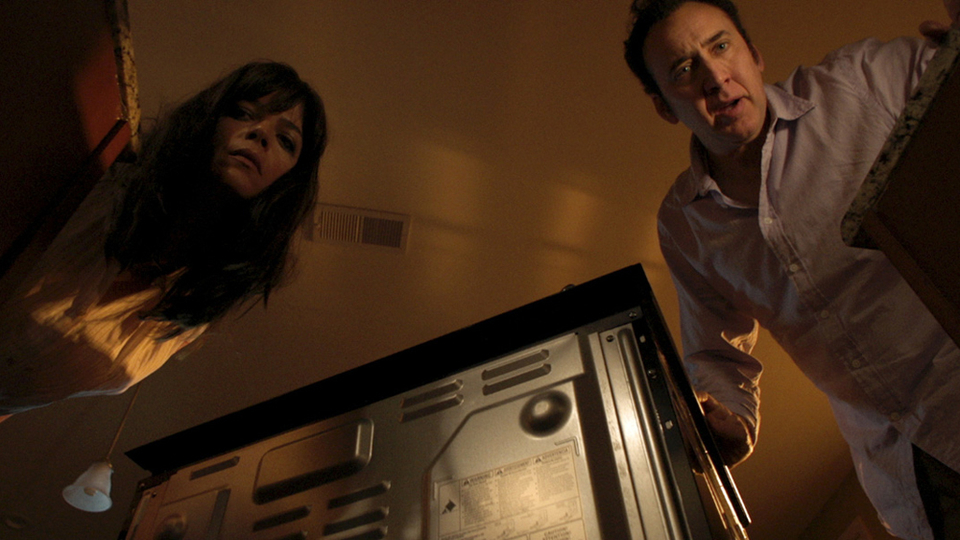 Writer/Director Brian Taylor’s black comedy/horror should have been so much better than it is. It did the heavy lifting well, with a simple plot that involves a weird epidemic that sweeps the nation, causing adults to turn on their kids in increasingly violent ways. No explanation is given to why, and that’s fine if the resulting movie delivers in a few key areas, but sadly it falls flat far too often.

Nic Cage was born to play roles like this and despite the thin material he does really well alongside Selma Blair as Brent and Kendall Ryan, the deadly parents from hell looking to do away with their two annoying kids (Zackary Arthur and Anne Winters). Cage can play bonkers in his sleep and he warrants this film a watch. It’s lovely to see crazy Cage back, even if his hairstyle is creepier than the acts of violence his character perpetrates.

For the most part the set-up is fine, but the characters are quite one dimensional. Perhaps a more productive approach would have been for the parents resentment and personal demons to have been hidden a little more at the start. These aren’t really characters to get attached to when they are normal so when then turn into homicidal maniacs, the payoff isn’t as big.

A film like this has to hit a few marks to gain true cult status and it fails in the basics. The characters are thin, the plot slows to a snail’s pace in the middle and it shies away from showing any real carnage. A cop out that’s so disappointing given how great the cast and set-up is. This is the film’s biggest disappointment because you never get a true sense of the horror that’s happening. There’s a mob scene at the local high-school which has so many potential threads to pull but the camera cuts away and relies on heavy cuts instead.

There’s a few things wrong here but the strength of Cage and Blair does conjure up some funny moments. The finale is also quite humorous with a neat little twist. It’s not enough to make the film a success but it does enough to keep you entertained during this forgettable romp. The untapped potential is less forgivable though.