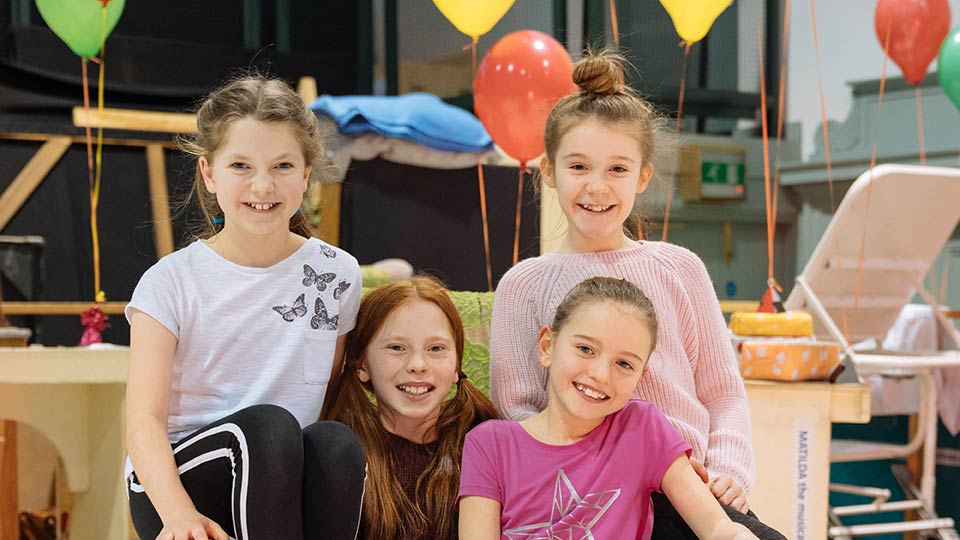 The Royal Shakespeare Company’s West End production of Matilda The Musical has announced that Sara Munday and Olivia Wells will join Lily-Mae Evans and Savannah Read in the title role of Matilda from 13th March 2018. Seen by over 7.7 million people across more than 60 cities worldwide, the multi award-winning production is now playing its seventh year in London, booking at the Cambridge Theatre until 10th February 2019.

Also announced is Matilda The Musical’s first ever online ticket lottery which will begin on Monday 5th March. The online rolling lottery offers the chance to purchase two Band A seats at £25 each for every performance. The lottery can be entered at any time for all performances in a two-week period and lucky winners will be notified 3 to 5 days in advance of being given a 24 hour window to book their tickets online.

In addition to the new ticket lottery, there will continue to be sixteen £5 tickets held for 16-25 year olds at every performance which are available to purchase in person from 10am on the day of each performance at the Cambridge Theatre Box Office.

Winner of 86 major international awards, including 16 for Best Musical, the hit show is now the longest running production to play at the Cambridge Theatre and is one of the top twenty longest running musicals in the West End having now welcomed over 3 million audiences members.

Matilda The Musical is written by Dennis Kelly, with music and lyrics by Tim Minchin, and direction by Matthew Warchus. The production is designed by Rob Howell, with choreography by Peter Darling, orchestrations, additional music and musical supervision by Christopher Nightingale, lighting by Hugh Vanstone, sound by Simon Baker and the special effects and illusions are by Paul Kieve.

Inspired by the incomparable Roald Dahl’s beloved book, Matilda The Musical was commissioned by the Royal Shakespeare Company and premiered at the RSC’s Stratford-upon-Avon home in November 2010, before transferring to London’s West End in October 2011, where it opened to rave reviews. The New York production of Matilda The Musical opened in April 2013 at Broadway’s Shubert Theatre and was celebrated on 10 “Top Ten” lists for 2013, including TIME Magazine’s #1 Show of the Year.

See www.matildathemusical.com for details and to book.

In this article:Cambridge Theatre, Matilda the Musical, RSC