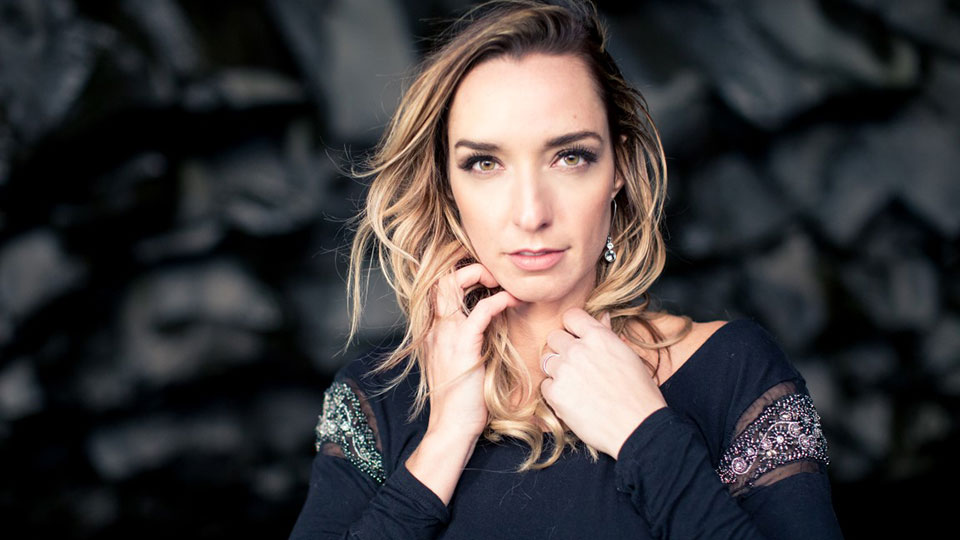 Minnesota native Jenn Bostic has had a varied musical career since she released her first album, Keep Lookin’ For Love, back in 2009. She’s been featured on Radio 2 and BBC Breakfast with her song Jealous Of The Angels, and won the British Country Music Association’s International Touring Artist of the Year Award in 2017. In May Bostic will release her fourth album, Revival, which has been crowdfunded by her fans, and she thanked them for her support by showcasing tracks from the new record at London’s exclusive Hospital Club.

Bostic opened her set with Wrong Thing, which combined a driving uptempo rhythm with her rich, bluesy vocal. The song has a 1960s Motown feel about it and I liked the little touch of gravel in her voice too. She then moved into Haunting Me, a song from the new album. Its spiky, atmospheric piano intro was a nice balance to the smoky, sultry tones of her voice, and she captured some lovely details in the lyrics too.

Throughout the performance Bostic mixed songs from her three previous albums with tracks from her upcoming album, and regularly broke off to tell stories about writing the songs, her experiences as an independent musician and the journey of making the new record. It was clear she was incredibly humbled by the amount of support people have given to her and she came across as very warm and engaging on stage. She also frequently encouraged the crowd to join in, such as putting their hands in the air and singing along on the catchy, pop-influenced Hollywood.

Bostic performed a range of styles throughout her set, looking just as comfortable on her rocky, powerful version of Bonnie Raitt’s Love Me Like A Man as she did on ballads like Love You and Alone. At times she reminded me a little of Lucie Silvas, particularly on Snowstorm with its delicate bridge. However, where I felt she really stood out was on songs such as Not Yet and Faint Of Heart, where the stripped-back arrangements allowed her smooth, bluesy vocal to shine. The rawness and yearning in her voice really drew me into the songs and I found the honesty and resilience in the lyrics incredibly moving.

The set closed with Bostic’s latest single and the album’s title track Revival, which for me really summed up her style with its gospel-influenced vocals and uplifting message. Bostic showed that she has plenty of soul and power in her voice and brought a really fun, positive energy to the stage that meant you couldn’t help but tap your feet. She also hit a stunning final note which drew huge applause from the audience!

After calls for an encore Bostic came back to the stage to perform Jealous Of The Angels, . It’s the song she’s best known for in the UK and before she played it she spoke very openly and movingly about her late father, who inspired the track. The room fell completely silent as she played the gentle, lullaby-like piano melody and you could feel the emotion in every note of her gorgeous sweet vocal. She followed that with the jazz-influenced What Love Feels Like mixed with People Get Ready, where her soaring vocal combined perfectly with the funky bassline.

Overall I was seriously impressed by Jenn Bostic. She has an absolutely stunning old-school blues voice and is an incredibly talented songwriter, with a great ability to capture a whole story in just a few lines. If you’re even remotely considering going to see her on her upcoming UK tour then I promise you’re in for an absolutely wonderful evening.