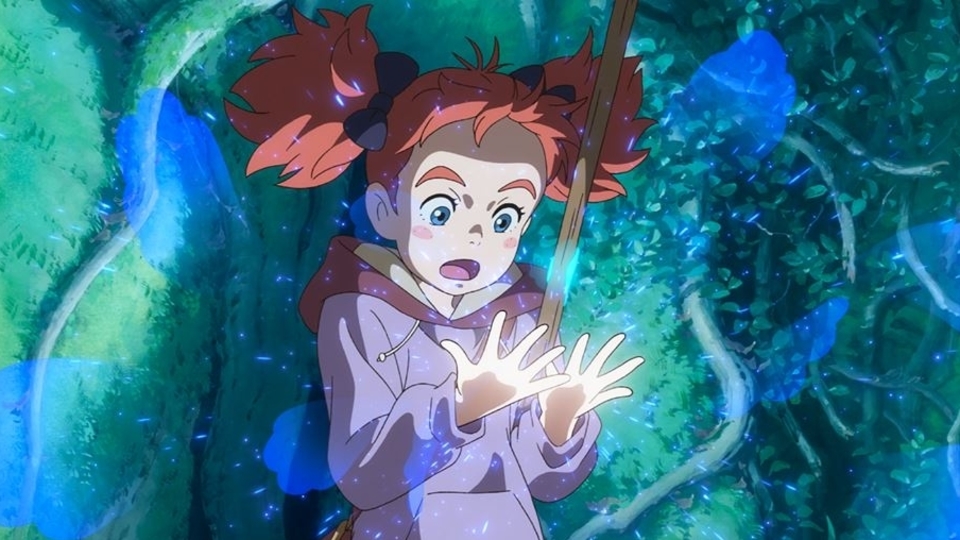 A special one-night exclusive fan-preview of the Japanese language subtitled version of Mary and the Witch’s Flower is heading to cinemas. Audiences nationwide will be introduced to the magic on Tuesday 10th April 2018.

Altitude Film Distribution have already announced the full UK release of Mary and the Witch’s Flower, releasing in UK and Irish cinemas on 4th May 2018.

A magical anime fantasy adaptation of the beloved British children’s classic ‘The Little Broomstick’, the film arrives from the makers of Studio Ghibli classics When Marnie Was There and Arrietty.

Tickets are available now via http://maryandthewitchsflower.film

While spending the last weeks of summer with her Great-Aunt Charlotte in the countryside, Mary follows a mysterious cat into the nearby woods. There she stumbles upon a flower that has magical powers and transforms a little broomstick into one that flies. Mary is whisked away, high above the clouds, and transported to Endor College – a school of magic!

Mary is warmly welcomed by headmistress Madam Mumblechook and the brilliant Doctor Dee. Believing her to be a “once-in-a-century” magical talent, they give Mary a guided tour of the dazzling school and invite her to join. But Mary discovers that all is not as it seems in this fantastical world, and soon must confront great danger and call on her courage if she is to save the day.

Directed by Hiromasa Yonebayashi (Arrietty, When Marnie Was There), Mary and The Witch’s Flower is the first feature film produced by Studio Ponoc, founded by Studio Ghibli veterans Yonebayashi and Yoshiaki Nishimura, and the new home of the animation team that crafted Studio Ghibli’s acclaimed classics.

Studio Ponoc lovingly continues to draw inspiration from European children’s literature and uniquely blends it with the long-standing themes of nature, environmentalism and feminism.

Mary and The Witch’s Flower is a sublime blend of magic and fantasy that will sweep audiences along with its charming, heartfelt adventure. Along with the beautiful and distinctive hand drawn animation style that audiences have come to instantly recognise and love, the film sparks a sense of wonder, and will delight children and adults alike.

Altitude Film Distribution and Studio Ponoc are proud to present, Mary and The Witch’s Flower is releasing in UK and Irish cinemas nationwide, in both dubbed and subtitled forms, from 4th May, with a One Night Only preview of the subtitled version on 10th April 2018.

“Since Mary and The Witch’s Flower was first announced we have had requests from anime fans across the UK and Ireland to give them the opportunity to see the original Japanese language version of the film on the big screen. These special One Night Only previews on Tuesday 10th April are exactly that,” said Altitude’s Head of Theatrical Lia Devlin. “Knowing how passionate and dedicated they are, we’re really excited to offer them the chance to see this enchanting and beautifully crafted film in advance of our 4th May release.”