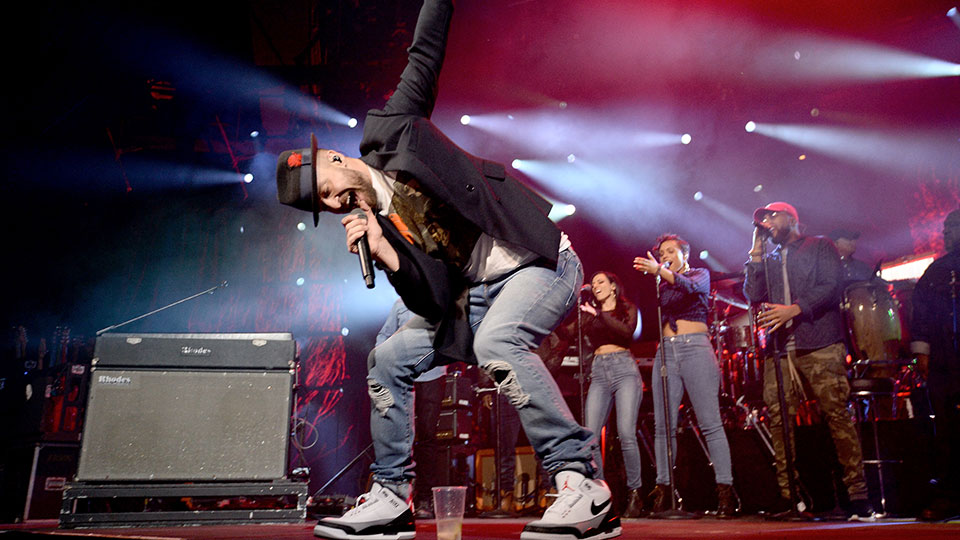 Fresh from his show-stopping BRIT Awards performance at London’s The O2 Arena last night, Justin Timberlake performed at The Roundhouse in Camden.

Hosted by Spotify Premium the special live show saw Timberlake perform for 300 of his biggest fans. He performed selections from his latest album Man of the Woods and hits from his previous albums.

Backed by The Tennessee Kids, Timberlake put on a stellar show that saw him singing, dancing and playing guitar. He was joined by Chris Stapleton to perform current single Say Something.

The two also duetted on Stapleton’s version of Tennessee Whiskey and Timberlake’s track Drink You Away.

Timberlake’s performance started at midnight and lasted over an hour. The full set list for the night was:

Timberlake has over 30 million monthly listeners on Spotify worldwide. London is the city with the most fans listening to his music, with more than half a million Londoners listening to Timberlake’s music each month.

In this article:Chris Stapleton, Justin Timberlake