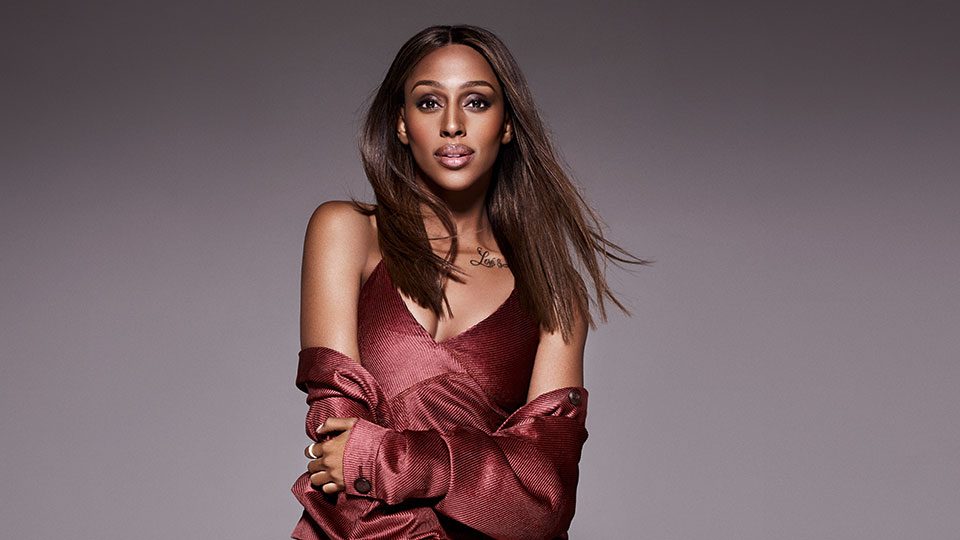 The first West End production of Chess since 1986 is to star Michael Ball, Alexandra Burke, Murray Head, Tim Howar and Cassidy Janson. This epic musical love story will open at the London Coliseum on Thursday 26 April 2018 for a strictly limited 5-week season.

Alexandra Burke is Svetlana. Alexandra rose to fame after winning the fifth series of The X Factor in 2008, and currently stands as one of the most successful winners of the show selling well over 4 million records in the UK alone. Alexandra released the winners single ‘Hallelujah’, which became the current European record holder for single sales over a period of 24 hours, selling 105,000 in one day. The song also became the top-selling single of 2008 within the UK and became the UK’s Christmas number one. By January 2009, the single had sold over 1 million copies across the UK, a first for a British female soloist. Her follow up album, ‘Overcome’, debuted at number one in the UK Album Charts achieving four number one singles on the UK Singles Chart and Irish Singles Chart. ‘Hallelujah’, ‘Bad Boys’, ‘All Night Long’ and ‘Start Without You’ went on to sell 780,000 copies in the UK and became a Platinum selling single, along with three BRIT Award nominations from tracks she released as singles, making ‘Overcome’ one of the UK’s most successful albums of that year. In 2014 she made her West End debut playing the lead role of Rachel Marron in the much acclaimed musical, The Bodyguard . A UK tour followed. In August 2016, Alexandra starred as Deloris Van Cartier in the musical Sister Act, a new production directed by Craig Revel Horwood which toured the UK. In September 2017, Alexandra joined the cast of Strictly Come Dancing, reaching the final and then performed in the 4-week Strictly Come Dancing UK arena tour. 2018 saw Alexandra sign a new album deal with Universal / Decca. The album entitled ‘The Truth Is’ is released in March 2018 with a headline tour in September 18.

Michael Ball, Britain’s leading musical theatre star, will perform the role of Anatoly. For 30 years Michael has been starring in musical theatre productions in the West End and on Broadway winning critical acclaim and awards for his stage work and recording career. He is a double Olivier Award winner, multi-platinum recording artist and radio and TV presenter. Michael made his West End debut as Marius in the original London cast of Les Misérables; he starred in the West End production of The Phantom of the Opera, Aspects of Love in the West End and on Broadway, in the London production of Stephen Sondheim’s Passion and as Caractacus Potts in the West End musical Chitty Chitty Bang Bang. In 2005 he returned to Broadway as Count Fosco in The Woman in White, which transferred from London’s West End and, in the same year, made his New York City Opera debut as Reginald Bunthorne in Gilbert and Sullivan’s Patience. In 2007 he made his debut with English National Opera as Haj/The Poet in Kismet. In 2008 Michael made box office history with his Olivier Award winning performance as Edna Turnblad in the smash hit musical Hairspray which he then took on tour across the UK. In 2013 Michael won his second Olivier Award for Best Actor in a Musical for his critically acclaimed lead role in Stephen Sondheim’s Sweeney Todd: the Demon Barber of Fleet Street. In 2015, Michael starred as Mack Sennett in Mack and Mabel at Chichester Festival Theatre which then went on to tour the UK.

In 2016 Michael recorded a new album with Alfie Boe, titled ‘Together’, which was released through Decca Records in November. The album went Platinum in just over 5 weeks, was 2016’s Christmas Number 1, has now sold over 600,000 copies and was the biggest selling album release of the year.Following the release, ITV commissioned a one off special, Ball & Boe: One Night Only, which was broadcast on ITV1 in December. Michael and Alfie also entertained more than 80,000 fans on a sold out 29 date tour of the UK. In 2017 a successful tour of Australia was closely followed by a second ITV special, Ball & Boe: Back Together. Michael went back into the studio with Alfie Boe to record a second album, ‘Together Again’ which was released through Decca Records in October. Together Again went straight in at number 1. Combined sales of both albums are now in excess of 1 million copies and a sold out 11 date arena tour of the UK followed.

Cassidy Janson is Florence. Her most recent project was the Leading Ladies trio along with Amber Riley and Beverley Knight. Previous to this Cassidy played Carole King in Beautiful: The Carole King Musical. Other theatre credits include Ruth in Dessa Rose at the Trafalgar Studios opposite Cynthia Erivo, Tick Tick Boom for the Menier Chocolate Factory starring alongside Neil Patrick Harris. Blood Wedding at the Courtyard Theatre, Rooms: A Rock Romance at the Finborough, Lend Me a Tenor at the Gielgud Theatre playing the principle role of Maggie, Company at the Southwark Playhouse and Kate Monster/Lucy the Slut in Avenue Q at the Wyndhams Theatre. Janson was a member of the original London cast of Wicked and played standby Elphaba. On film her credits include The Hike, Tail’s End, Day Trip to London, Full Circle and Coma. Janson recently guested with The Jive Aces performing at Glastonbury and Ronnie Scott’s and also doing a tour of New York City and Florida with them. She was a soloist at The Royal Albert Hall for Magic FM’s Magic Of The Musicals last May and she duetted with Carole King in Hyde Park last Summer for 65,000 people. Her television appearances include Casualty.

Chess was written in 1984 by ABBA songwriters Benny Andersson and Björn Ulvaeus, and Tim Rice (Jesus Christ Superstar, The Lion King, Evita), and the original London production starred Elaine Paige, Murray Head and Tommy Korberg. That production, which ran for three years at the Prince Edward Theatre, followed a highly successful recording featuring the same stars, and included the international hit singles I Know Him So Well and One Night In Bangkok. Other well-known songs from the score include Anthem, Someone Else’s Story, Heaven Help my Heart and Pity The Child.

Chess tells a story of love and political intrigue, set against the background of the Cold War in the late 1970s/early 1980s, in which superpowers attempt to manipulate an international chess championship for political ends. Two of the world’s greatest chess masters, one American, one Russian, are in danger of becoming the pawns of their governments as their battle for the world title gets under way. Simultaneously their lives are thrown into further confusion by a Hungarian refugee, a remarkable woman who becomes the centre of their emotional triangle. This mirrors the heightened passions of the political struggles that threaten to destroy lives and loves.

For more information and to book, see www.chessthemusical.com.