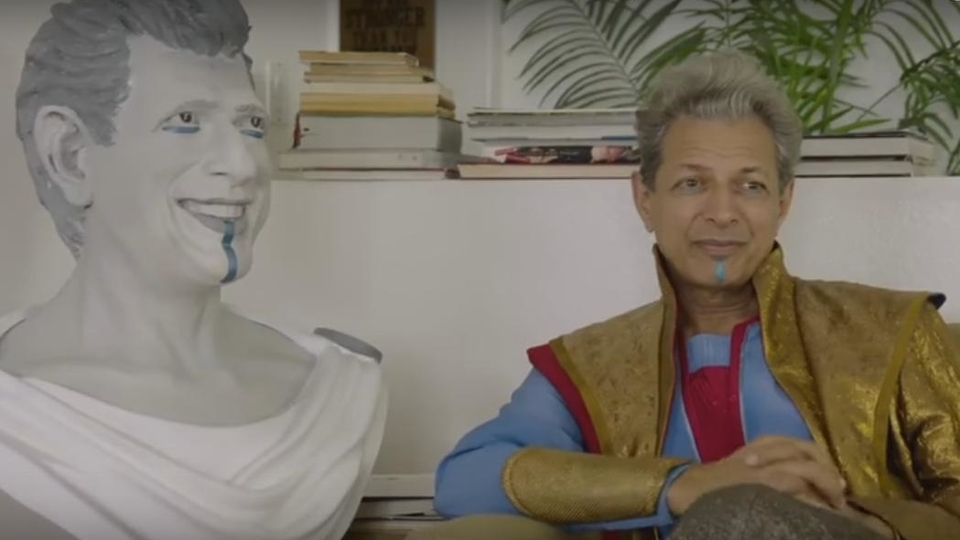 Remember when Chris Hemsworth’s Thor moved in with a new flatmate? Well now we get to see who Darryl’s new flatmate is now that Thor has moved back to Asgard!

The genial office worker has found himself a new roommate in the brilliant form of Jeff Goldblum’s character from Thor: Ragnarok – The Grandmaster.

Check out our review of Thor: Ragnarok

The viral video is sure to be just as loved as the Thor one was, which explained where the God of Thunder was during the events of Captain America: Civil War.

This is a teaser to the full short-film which will be attached to the Home Entertainment Blu-ray release of Thor: Ragnarok. That is released on 26th February.

In Marvel Studios’ Thor: Ragnarok, Thor is imprisoned on the other side of the universe without his mighty hammer and finds himself in a race against time to get back to Asgard to stop Ragnarok—the destruction of his homeworld and the end of Asgardian civilization as we know it – all at the hands of an all-powerful new threat, the ruthless Hela.

Thor makes a very welcome return to our screens after he was absent during the events of Captain America: Civil War. We haven’t seen him since Avengers: Age of Ultron but if you want to check out what he was doing in that time, watch the hilarious Team Thor short-film.

Check out the Grandmaster short-film below and let us know what you think in the comments section.