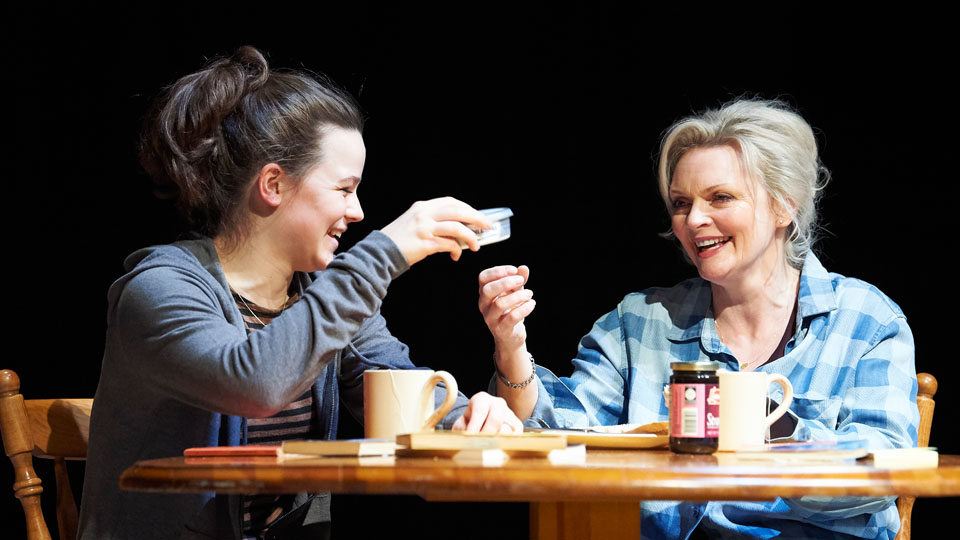 Still Alice makes its UK premiere at West Yorkshire Playhouse this month, as part of the Every Third Minute festival of theatre – a season-long programme which explores dementia and opens up conversations around dementia-related illnesses.

Adapted from Lisa Genova’s best-selling novel, Still Alice tells the story of a leading linguistics academic who develops early-onset Alzheimer’s disease. As Alice’s illness takes hold, her family develops means to adapt to her decline whilst carrying on with life and embracing everyday moments with happiness and hope.

Genova’s novel has been carefully distilled in this rapid, one-act play by Christine Mary Dunford, which makes its national premiere under the direction of David Grindley. Structured in an honest, beginning-middle-and-end fashion, the play steadily charts the advancement of Alice’s illness over a four-year period through a series of domestic vignettes. We see Alice’s world begin to close in and her independence diminish, as her relationships with those closest to her begin to radically transform.

Ruth Gemmell as Herself and Sharon Small as Alice in Still Alice. Photograph: Geraint Lewis.

Alice’s cognition is embodied into the character of Herself, a form of mind-guide who externalises Alice’s inner thoughts and struggles. The concept is a remarkable method of separating the mind from the body and provides access to the character’s inner dialogue; an insightful method placing Alice’s deepest concerns, conflicts and confusion at the centre of the piece.

Ruth Gemmell’s personification of Alice’s mind is played as part observer, part companion, whilst occasionally agitating like Lear’s Fool. She’s almost like a spirit guide sharing the burden of dementia; cracking open internal anxieties and exposing the audience to the difficulties which Alice’s family, on the outside of the disease, sometimes struggle to fathom.

Highly detailed production design from Jonathan Fensom evokes a busy family home with a freestanding kitchen sink, refrigerator,  table and chairs. In an ingenious touch, the familiar domestic surroundings subtly shift out of order throughout the production and eventually evaporate entirely, as Alice’s world gradually disperses. It is an evocative visualisation of the world through Alice’s eyes – a world which is fading and becoming unrecognisable.

Alice’s aspiring and frustrated academic husband is a particularly interesting point of focus, played with a gentle complexity by Dominic Mafham. Subtly signalling frustration and defeat, Mafham presents a balanced portrayal of an unfulfilled academic torn between caring for his wife and investing in his own future. It is a dilemma faced by many living with terminal illness as this study exposes the intricacies of compassion fatigue an honest and revealing way.

Polarising Alice’s decline are her flourishing children; young adults played by Alaïs Lawson and Andrew Rothney. The play begins with Alice as very much the mother-leader to two whitebread American kids. Following the revelation of Alice’s illness, the reversal of roles presents a family torn between their own future interests and an obligation to their slowly fading mother. It’s a fascinating inversion of the parent/child relationship, particularly for Thomas, as he transitions into a responsible adult, Father and carer.

Sharon Small is captivating as Alice, providing a performance which is crafted with nuance and subtlety. From her microscopic adjustments in language to her slowly declining, shifting gait, Small’s study of dementia is both frightening and heartbreaking.

Small effectively establishes the character of Alice very quickly,  with little time to develop her persona before her illness takes dramatic effect. In many ways, Alice’s dramatic journey is the reversal of most theatrical characters, with the audience rapidly losing elements of the character scene by scene. Of note are Small’s passive facial expressions in the play’s final scenes, which are remarkably played.

Tender, touching and remarkably insightful, Still Alice challenges perceptions of Alzheimer’s disease and terminal illness in general. Punctuated with a few lighthearted junctures, the play establishes the importance of living in the moment and embracing happy times as they happen. Whilst that ethos is noble and very true, Still Alice remains steeped in a prevailing, almost inevitable sadness, which could have benefited from exploring just a few more of those happier times. That said, Still Alice paints a remarkably fearless portrait of a family living and adapting to the life-changing – but not necessarily life-ending – prognosis of dementia.

Discover more about the Every Third Minute festival and its full programme of events at West Yorkshire Playhouse.