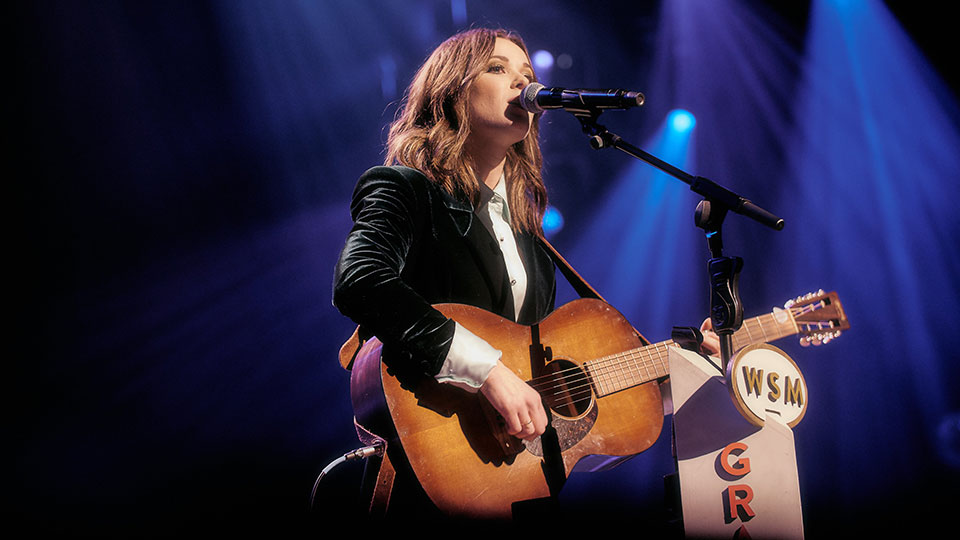 The rising singer-songwriter performed her debut single Reasons as well as God Bless This Mess, both of which are taken from her Side A EP. Jacqueline followed Lorrie Morgan on stage and revealed that the Opry member was the first concert she went to.

“I’ve never been more emotional on a stage, ever,” said Jacqueline. “Standing in that circle was such a feeling of gratitude, pride, and happiness, and I am so thankful to the Opry for giving me such a highlight in my career.”

During her performance Jacqueline performed a rendition of Patsy Cline’s Crazy, which is her godmother’s favourite song. She was surrounded by friends, family and her team for the momentous occasion.

Prior to her performance, Jacqueline chatted with fans on the Opry’s Instagram account giving them an insight into who she is and what she’s all about.

The Opry debut is the latest in an impressive number of milestones for Jacqueline. She made her late night debut on NBC’s Late Night with Seth Meyers recently and she has amassed more than 30 million streams on Spotify.

Jacqueline continues on the White Wine and Whiskey Tour this weekend with Jordan Davis and in March she’ll return to the UK to perform at C2C: Country to Country 2018. She’ll then head back to the US to join Thomas Rhett’s Life Changes Tour and Brett Eldredge’s The Long Way Tour.

Advertisement. Scroll to continue reading.
In this article:Jillian Jacqueline