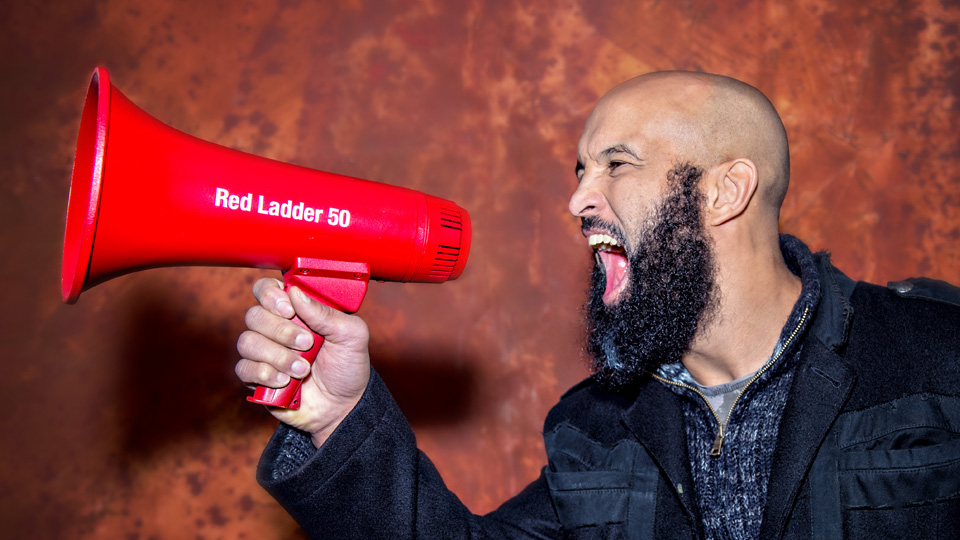 Red Ladder Theatre Company is beginning its 50th year by electing Leeds Rhinos star Jamie Jones-Buchanan to its board.

In 2016, Jones-Buchanan made his stage debut for Red Ladder performing in Anthony Clavane and Nick Stimson’s play Leeds Lads, a production bringing together a 35-strong company of community and professional actors.

Jones-Buchanan’s appointment to the board marks a further progression in Red Ladder’s commitment to breaking down barriers to engagement with the arts – with one successful strand involving linking sports and the arts and exploring how the crossover can reach new audiences who may not traditionally attend theatre.

On joining Red Ladder’s board and Playing The Joker, Jamie Jones-Buchanan said: “I love stories and I am passionate about telling them, so being linked to a company which gives Leeds a voice makes a lot of sense. The fact that Red Ladder makes theatre for  everyone is fantastic: making performing arts accessible not only invites talent that has not been seen before, the togetherness brings about community and a sense of well-being. As a professional sportsman I can join the dots between individuals and organisations, and I want to inspire people in Leeds with the narratives
that are closest to them.”

Rod Dixon, artistic director of Red Ladder Theatre Company, added: “We’re delighted to have Jamie in this role with his profile and great passion for Leeds and the stories within it, and as an opportunity for Red Ladder to build on our work opening up theatre to non-traditional audiences as well as regular attenders, including our tour
of Playing The Joker – an entertaining view of a distinctive voice in the rugby world.”

Playing The Joker will begin its tour at Belle Isle Working Mens Club,
Leeds on 21st February, with more dates and venues to be announced. For
further details and to book tickets visit redladder.co.uk or call 0113
245 53 11.