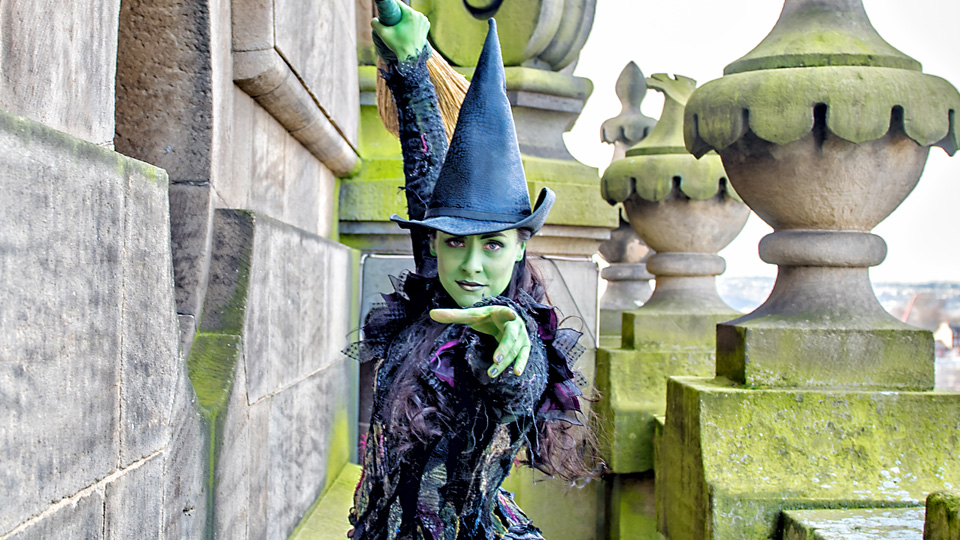 Wicked will once again cast its green spell over Leeds, when the global sensation returns to Leeds Grand Theatre from Wednesday 13th June 2018.

Based on the acclaimed, best-selling novel by Gregory Maguire that ingeniously re-imagines the stories and characters created by L. Frank Baum in The Wonderful Wizard of Oz, Wicked tells the incredible untold story of an unlikely but profound friendship between two sorcery students. Their extraordinary adventures in Oz will ultimately see them fulfil their destinies as Glinda The Good and the Wicked Witch of the West.

Wicked is the 15th longest-running show in West End theatre history and is now in its 12th year at London’s Apollo Victoria Theatre, where it continues an open-ended run. Around the world, Wicked has been seen by over 53 million people in 16 countries and won over 100 major international awards, including two Olivier Audience Awards in the UK.

Adapted for the stage by Winnie Holzman (My So-Called Life), the production is directed by two-time Tony Award-winner Joe Mantello with music and lyrics by multi-Grammy and Academy Award-winner Stephen Schwartz (Godspell).