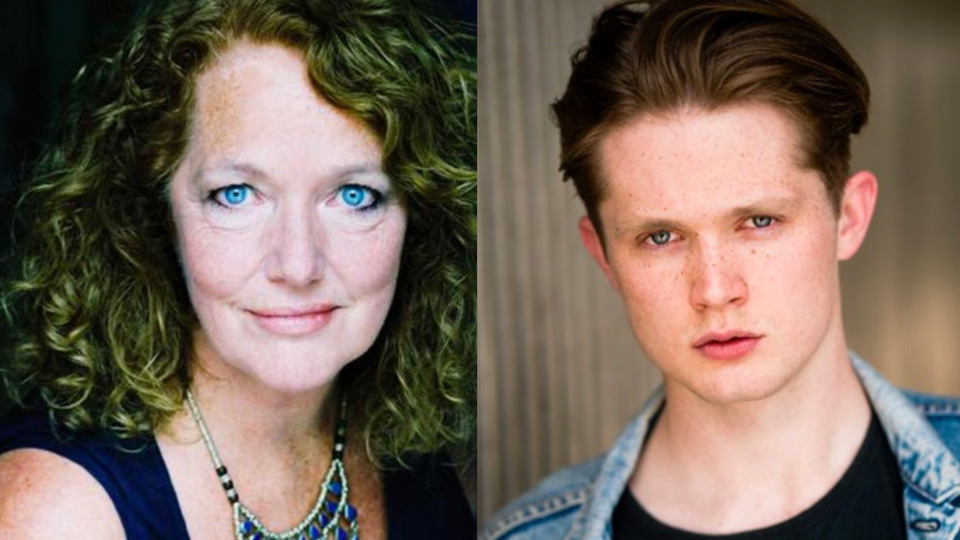 Louise Jameson is to star in Philip Ridley’s acclaimed drama Vincent River – one of the most powerful explorations of hate crime ever written. Thomas Mahy also joins the production in his London stage debut.

Davey has seen something he can never forget. Anita has been forced to flee her home. Tonight, they meet for the first time… and their lives will change forever.

Philip Ridley’s modern classic was a huge success when it premiered at the Hampstead Theatre in 2001, and a West End smash in 2007. Thrilling, heartbreaking and darkly humorous by turns, it is now seen as one of the most powerful explorations of hate crime – and society’s need to crush ‘difference’ – ever written.

Louise Jameson played the iconic, Pygmalion-inspired role of Leela opposite Tom Baker in Doctor Who throughout the 1970s. She later starred in Tenko, Bergerac and EastEnders. In a 40-year career, her first love, the theatre, has seen her on stage at the National Theatre and Royal  Shakespeare Company. Earlier this year, she was nominated Best Actress in the 2018 Offies (Off West End) awards for her portrayal of Racquell in the critically acclaimed production of My Gay Best Friend that she co-wrote with her co-star, Nigel Fairs.

Director Robert Chevara said: “I am thrilled to have cast an actress I admire, Louise Jameson as Vincent’s grieving, wounded mother Anita and newcomer Thomas Mahy as the menacing and volatile Davey, who turns up at her door. The design is by Nicolai Hart Hansen, who collaborated with me on the critically acclaimed productions of Tennessee William’s Vieux Carré (Kings Head/West End), In the Bar of a Tokyo Hotel (Charing Cross Theatre) and Mike Bartlett’s Cock/Bull (Danish premiere).”

Vincent River will run at London’s Park Theatre from Tuesday 20 March – Saturday 14 April. Book online at parktheatre.co.uk or call the box office on 020 7870 6876.