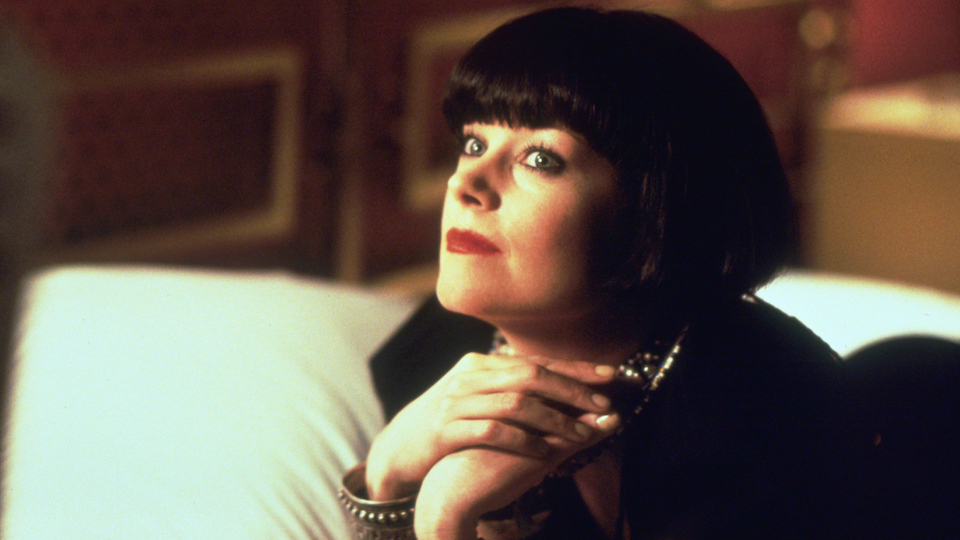 An uptight yuppie’s adventure with a manic pixie dream girl turns into a nightmare, in this wonderful, genre-defying comedy from Jonathan Demme.

Jeff Daniels is Charlie, a Wall Street trader, recently promoted to Vice President of his firm. He’s the typical clean-cut, 80s go-getter kind of guy. His only vice appears to be that he occasionally likes to run out of diners without paying for his lunch. Melanie Griffith (on spectacular form) is Lulu, the quintessential beautiful, free-spirited fantasy girl of all sad, suit-wearing office drones and lonely male screenwriters alike. In one of the great setups for a romantic misadventure, Lulu kidnaps (with a small k) Charlie, whisking him away from his staid life for an afternoon of fast cars, booze, sex, seedy motels, and handcuffs.

But the fun doesn’t stop there. Before long, they are on a mini crime spree down the East Coast. Then all of a sudden the playful, reckless, brunette seductress we knew as Lulu, is replaced by a demure blonde. She tells Charlie to call her Audrey, takes him to meet her mother, and introduces him as her husband. Something Wild literally is something wild. It continues like this for the whole film; fast-paced, idiosyncratic, and full of unpredictable story beats.

Griffith and Daniels make for a wonderfully likeable screen pairing. The chemistry between them sparkles from the opening scene meet-cute, and carries you away on this wild and weird ride. Had they cast differently, there’s a good chance Something Wild would have flat-out not worked. But Griffith and Daniels complement each other perfectly, and completely sell this delightful fantasy with its strange twists and tonal shifts.

As Lulu changes who she is, Charlie is driven to change who he is too, in order to keep pace with her. Something Wild is a film of constant reinvention and shifting personalities. And just like the characters, the story also keeps reinventing itself, effortlessly switching genres and styles. From a deliciously kinky sex comedy, to a classic road movie, then a rom-com, and then out of nowhere Ray Liotta turns up. And things inevitably get scary.

In his first significant film role, Liotta, with that terrifying, unblinking, raw-nerve energy, changes gears on the film yet again. He brings violence and danger to the film, and threatens to steal the entire show. Some of the unpredictability fades away as we move into the third act, but E. Max Frye’s inventive script, the commitment of the cast, and Demme’s brilliant use of music make it work – when it really shouldn’t. There are not many directors with the skill to handle material like this, with such jarring shifts in tone and genre. But Jonathan Demme had chops to spare. He is missed.

Not the most packed disc by Criterion standards, but there is a terrific 30-minute interview with Demme. Listening to a great director talk about filmmaking is always a joy. He recalls the production of Something Wild, and how his awful experience with the studio on Swing Shift led to the making of this film. Accompanying this is a short interview with the screenwriter E. Max Frye. The disc also comes with a booklet featuring a new essay by film critic David Thompson.