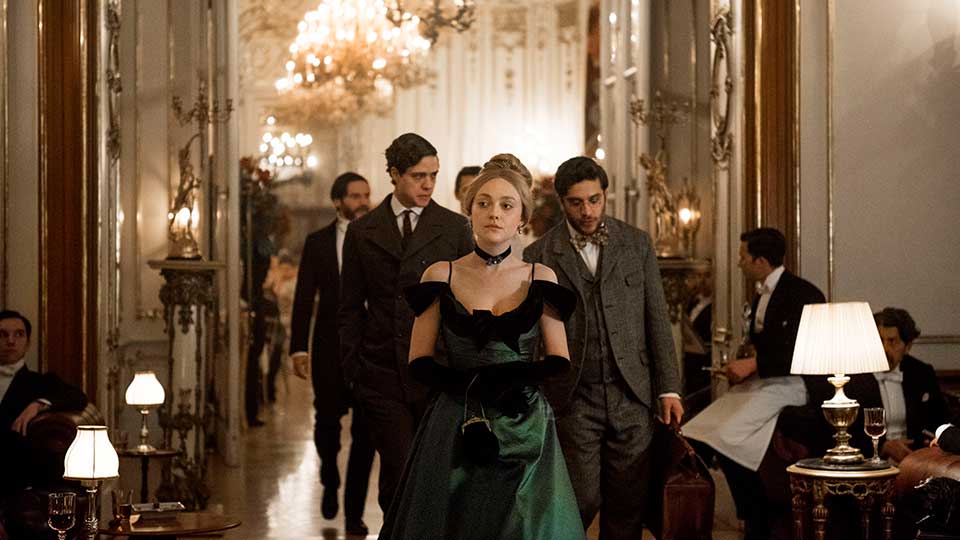 The Alienist, starring Daniel Brühl, Dakota Fanning and Luke Evans, will arrive on Netflix in the UK on 19th April 2018.

“To play one of the most compelling characters I’ve ever read on the page has been a huge honour”, says Daniel Brühl. “Caleb Carr devised a fascinating world of intrigue and complexity, and I look forward to international audiences seeing how our brilliant cast and creatives have brought his words to life.”

The series also stars Brian Geraghty (The Hurt Locker) as police commissioner Theodore Roosevelt, Douglas Smith (Miss Sloane) and Matthew Shear (Mistress America) as Marcus and Lucius Isaacson, twin brothers who help unravel the disturbing mystery; Matt Lintz (Pixels) as Stevie, a tough, young boy employed by Dr. Kreizler as a driver and errand boy; Robert Ray Wisdom (The Wire) as Cyrus, Kreizler’s valet, a man with a dark past who has been reformed by Kreizler; and Q’orianka Kilcher (The New World) as Mary, Kreizler’s mute maid with whom he shares a special unspoken connection.

The Alienist is based on the award-winning novel by Caleb Carr. Take a look at some teaser images for the show in our gallery below: