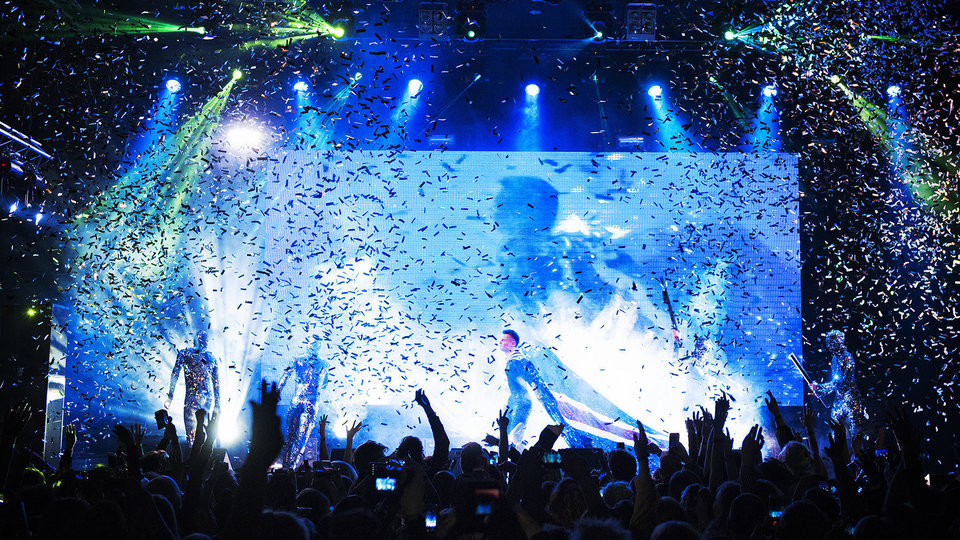 Underworld will lead festivities as Sonar begins its 25th anniversary celebrations in Reykjavik. Underworld’s set at Sónar Reykjavik will coincide with the 30th anniversary of their debut album, and their most recent collection, Barbara Barbara, We Face a Shining Future.

Other additions to this year’s line-up include the euphoric future-retro space disco Norwegian producer Lindstrøm, Reykjavik-based Australian artist Ben Frost and Los Angeles’ TOKiMONSTA, who will bring her slick take on R&B and hip-hop to Reykjavic this spring.

Sónar Reykjavík will take place at Harpa, which was designed by Olafur Eliasson. Iceland’s captial, Reykjavik is a cultural hub with an infectious atmosphere and some of the world’s most beautiful scenery. There’s plenty to discover within the compact city itself, from pioneering New Nordic cuisine at DILL to drinks at the Kaffibarinn. Beyond the city, there’s a world of overwhelming natural sights to explore, from seeing the otherworldly Northern Lights to the natural wonders of the Golden Circle. Not many festivals offer the opportunity to unwind in a geothermal bath before watching heads-down techno in a basement carpark at Harpa.

Latest additions to the festival are:
Underworld / Lindstrøm (NO) / Ben Frost (AUS) / Reykjavíkurdætur (IS) / TOKiMONSTA (US) / Flóni (IS) / Blissful (IS) / The Joey Christ Show (IS)

Sonar will kick start its 25th anniversary celebrations in March, between 16th and 17th in Reykjavik.

In this article:Sonar, Sonar Reykjavik