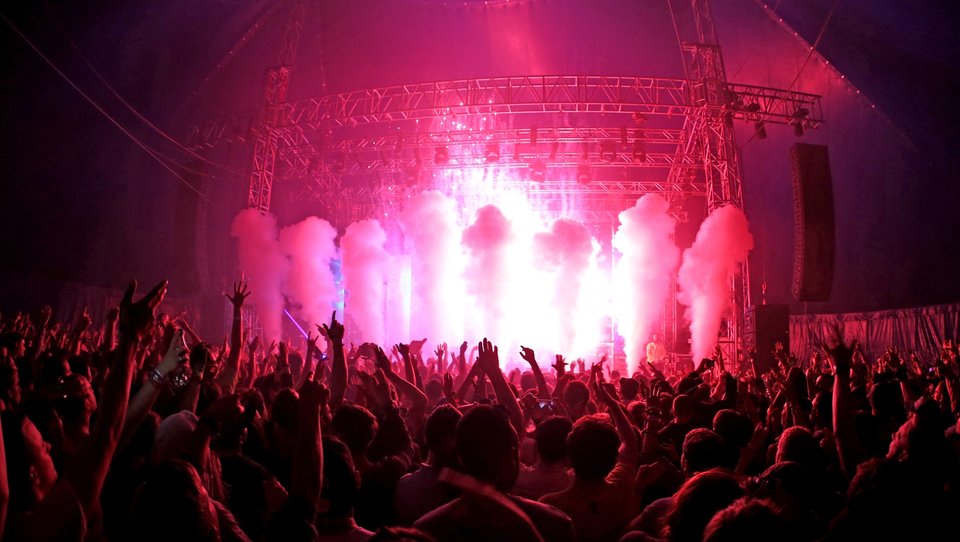 Spring has finally arrived and with it the first rays of sunshine and we’re almost able to remember that hot weather is a real thing! Summer is only a few months away but festival season is already creeping up on us. Let’s face it there are too many festivals nowadays and probably enough that you could go to different ones each year and still not have seen all of them. EF loves a good festival, we love the music, the people and what we love more than anything is a good rave. We’ve put our heads together to think of our favourite dance festivals, which are a combination of some we’ve been to and others that we are dying to go to. So here you have our top five dance festivals you should try before you die!

1. We Are FSTVL. This is a relatively new festival on the circuit but even though this is only its second year running We Are FSTVL has already won awards including the UK Festival Award for Best New FSTVL and has already expanded from 1 day festival to 2 days. Yep for those who were there last year you’ll know all about the exciting stages, which included a beach party, a cropped field rave and the chillax area in VIP, which included Jacuzzis. We Are FSTVL had it all from the beautiful people, to the best sound system at any dance festival in the UK down to the commodity of being within the tube zones. Taking place in Upminster’s airfield in Essex, We Are FSTVL is only far away enough to make you feel like you’ve been out of the country and sucked into its hedonistic bubble but close enough that you don’t have to fear to be stuck in commute for hours (of course that only applies to London folk). What we love about this festival is that it’s in London yet it feels like a proper festival. Who can you see this year? Disclosure, Richie Hawtin, Knife Party, Chuckie, Fatboy Slim, Sven Vath, Ricardo Villalobos, but also parties from Defected In The House, Circoloco, Secretsundaze and Ram records.

2. Outlook. Are you fed up with raving in the mud? Then try a festival abroad, yep what we lack in sunshine they have in spades and if on top of that you’d like your boogies with a view and character then try Outlook festival in Croatia! This beautiful festival takes place in an old fort (yes you can actually be a trooper for real) just off the coast of Pula. Not only can you party at the beach during the day and top that hangover with a tan (and look like you’ve been away) you can also chose to party on its infamous boat parties, which (if you can actually remember them) are pretty phenomenal. At night you are free to party around the fort and boy oh boy will you feel like a child again! Dancing in the moat is a must but you can also party in the harbor if fresh air is what you crave! We loved getting lost in the maze that is Outlook and we especially liked not having to wear a bunch of layers to keep us warm! Who can you see this year? Andy C, Goldie, DJ Marky and DJ EZ are amongst the first few acts revealed.

3. Creamfields. Now we’ve not actually ever been to Creamfields and to be completely honest, we actually think that Creamfields could be the end of us (in the most wonderful way possible). Creamfields is renowned for its decadence in the rave world and people that go there are some serious ravers with very little time on their hands for anything other than frigging awesome dance moves. Forget the frills of other festivals this is plain serious raving. What we love about this festival is that it’s made for serious ravers who just want to dance till dawn. Who can you see this year? Dimitri Vegas, Steve Aoki, Like Mike, Avicii, Calvin Harris, Fatboy Slim and Maceo Plex.

4. Secret Garden Party. Now here’s the stuff of dreams! We’ve been to SGP countless times and every time it’s the same fresh feeling of surprise and playfulness that grabs us. SGP isn’t technically a dance festival (or a secret anymore) but let’s face it, it is to most people who’ve actually been. Now unlike Creamfields, which is all about the line-up and serious dance sessions Secret Garden Party is all about the atmosphere, forget trying to catch your favourite DJs or artists, no in the garden things are slightly different, here you let the festival take you on a magical adventure. You can enjoy dancing on the lake or in a tiny tent or on a tree house but if you prefer bigger stages you can party in the Temple of Boom or even on the Colosillyium’s haystacks. Whatever happens you’ll definitely find a party that you can be part of and meet friends you’ll keep for life. What we love about this festival is the attention to detail, you’ll find artwork in isolated areas, music in rabbit holes, you’ll take part in naked swimming, naked dancing, positive messages and ultimately you’ll find yourself. Who can you see this year? Secret Garden Party has never been about its line-up but it does champion up and coming acts, this year you can see MO, Deap Vally, Kwabs, Jagwar Ma, Tunng and Little Dragon. There are many more acts to be announced though.

5. Sónar. This one takes place in sunny Spain. If you like to party then you will have heard of Ibiza’s legendary club scene and believe us when we say that Spain prides itself in having some of the best clubs in the world! Now not being content with just the best nightclubs the Spanish are intent on throwing some of the best festivals including, Sónar. This one doesn’t take place in Ibiza but instead up north in Barcelona and what a little birdy tells me is that this is a pretty damn good party and sunny too! What we like about this festival is that it sounds like it would be a great party topped with sun, tasty food and cheap booze! Who can you see this year? CHIC feat. Nile Rodgers, Röyksopp & Robyn, Lykke Li, Todd Terje, Boys Noize and a 2020Vision showcase, among many others.

6. Hideout. This one is also on the Adriatic Sea but set in the wonderful Isle of Pag off the coast of mainland Croatia. Hideout is notoriously famous for being one of the best European dance festivals and it is the best way to combine a holiday with your dancing regime. We’ve never been but hear that the boat parties are scandalous and fun whilst the after dark parties are downright outrageous! What we like about this festival is that it sounds like a refreshing change from some of the mud baths we’ve experienced in the UK! Who can you see this year? Maceo Plex, Duke Dumont, Rudimental DJ set, Disclosure DJ set, Loco Dice, Sasha, Ame, Andy C and many, many more.

So there you have it our favourite dance festivals that everyone should try at least once in their life time!