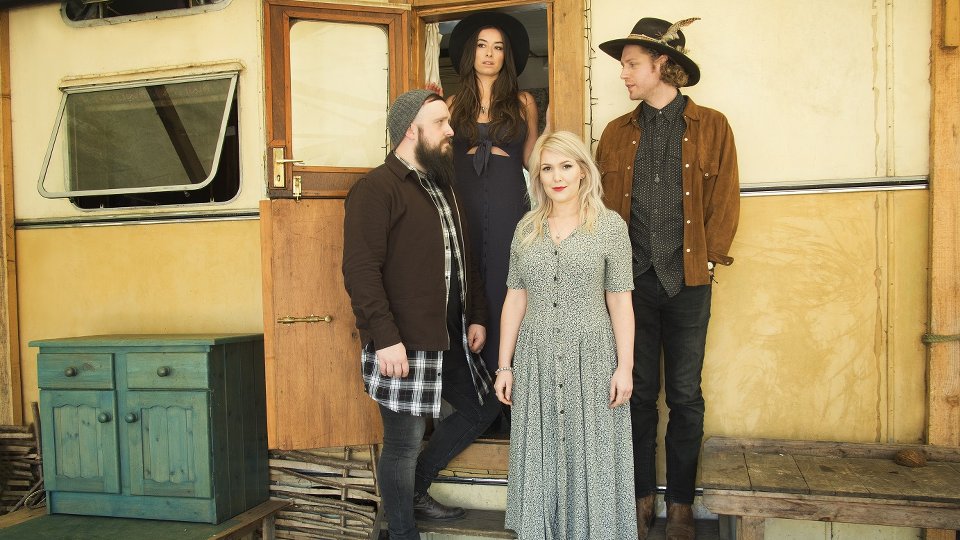 The Wandering Hearts will release their debut album Wild Silence in February.

The follow-up to their EP Burning Bridges, which arrived last November, Wild Silence will be released on Decca Records on 9th February. The release comes as the band pick up the coveted Bob Harris Emerging Artist Award at The UK Americana Awards 2018.

Speaking of the album, The Wandering Hearts say, “The title track Wild Silence is about an unspoken, unexplainable bond that draws people together. You don’t know why or how, all you know is that you can’t ignore or fight it. Everyone can relate to this feeling, and as a band we certainly can, so we felt it was a fitting title for the album as a whole. We met almost serendipitously two years ago and since then, we have built a deep, often unspoken connection and understanding of one another.

“We are so grateful for the support we have received in such a short amount of time together as a band. We have worked hard on this album and are so excited to be able to share it with people!”

Wild Silence promises to showcase The Wandering Hearts’ trademark tight harmonies and their knack for telling heartfelt stories. The band wrote and recorded the majority of their debut album at east London recording studio, The Premises with producer Pete Hammerton.

To coincide with the album release, The Wandering Hearts have announced their first UK headline tour in February and March 2018.

The full track listing for Wild Silence is:

Fans can see the band on tour at the following dates: