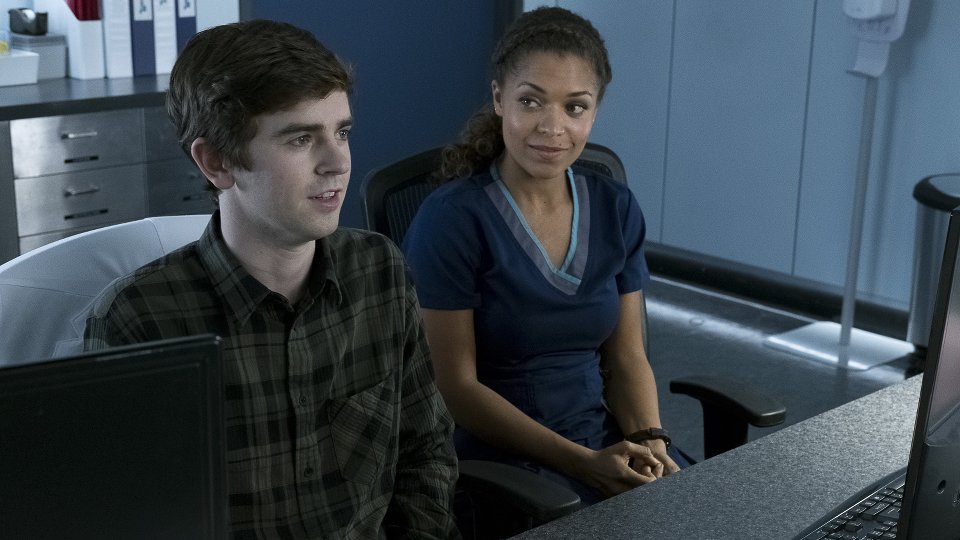 Lea (Paige Spara) encouraged Shaun (Freddie Highmore) to go on a road trip with her on the latest episode of The Good Doctor.

Without telling Dr. Glassman (Richard Schiff), Shaun left with Lea and she helped him experience some life firsts like driving her car (and crashing it), drinking tequila and singing karaoke. Lea also made it clear that she was interested in Shaun romantically with the two sharing a kiss.

Feeling like the two were growing closer, Shaun was upset to learn that Lea was moving to Pennsylvania to work in her family’s auto body shop.

Back at the hospital Dr. Melendez (Nicholas Gonzalez) assisted Dr. Andrews (Hill Harper) in a tricky surgery involving conjoined twins that needed a kidney transplant. When complications arose, they were left with no choice but to go ahead with the separation surgery, which left both girls unconscious.

Elsewhere Claire (Antonia Thomas) threatened to ruin Dr. Coyle (Eric Winter) if he didn’t try to get Jared (Chuku Modu) his job back. Coyle went to Andrews but it didn’t result in Jared being re-hired.

The next episode of the season is Islands – Part Two. Shaun returns to the hospital after his trip, deciding he needs a more permanent change. The twins suffer complications from their surgery.