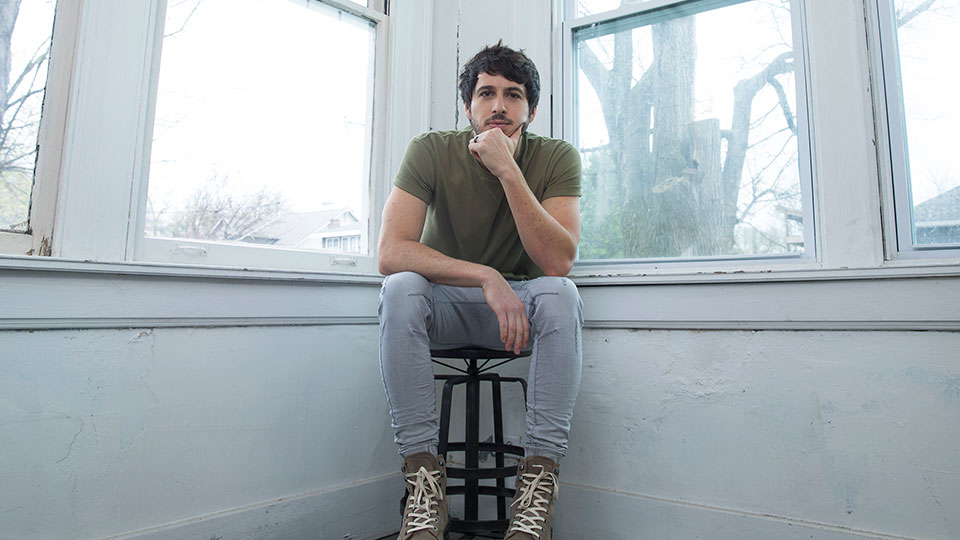 Ahead of his return to the UK in March as part of C2C: Country to Country, Morgan Evans has released the music video for his single Kiss Somebody.

The video, directed by Jeff Venable, depicts a boy chasing through the street in slow motion as he overcomes a variety of obstacles to plant a kiss on the girl of his dreams. He’s helped along the way by Evans who is seen throughout the video performing the track and even throwing a bunch of flowers to the lovestruck teen.

Since its release Kiss Somebody has picked up more than 12 million streams and it’s getting serious airplay over in the US. The song is Evans’ first for Warner Music Nashville. The song was co-written by Evans with Chris DeStefano (Carrie Underwood, Brett Eldredge, Rascal Flatts) and Josh Osborne (Sam Hunt, Blake Shelton, Keith Urban).

This month Evans joins label-mate Cole Swindell on his Down Home Tour and he’ll be joining Chris Young’s Losing Sleep World Tour later in the year for a string of dates.

Evans is currently in the studio recording material for his upcoming album.