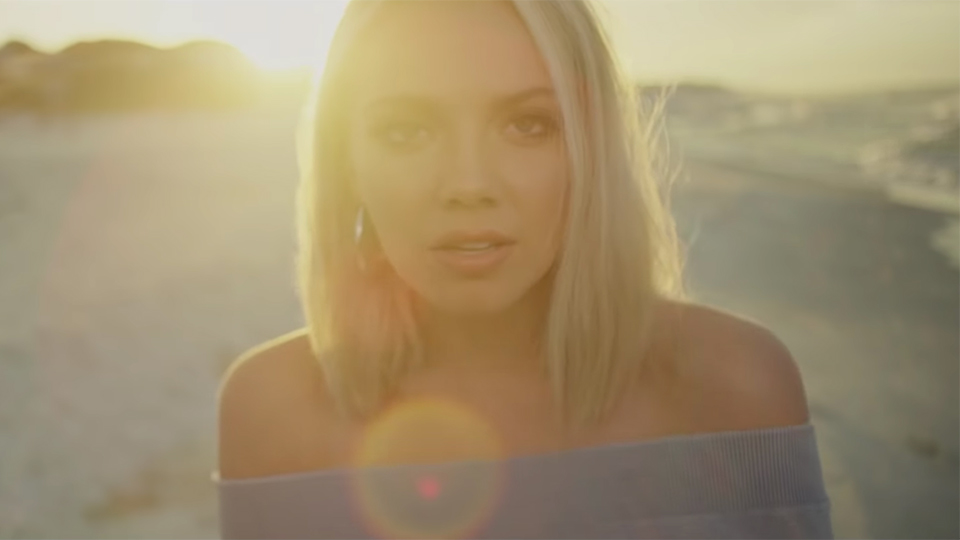 Danielle Bradbery rose to fame when she won season four of The Voice in 2013.

She released her self-titled debut album that same year and quickly became one of the most promising new stars in Country music. Four years on from the success of that record, Bradbery is back with her second album I Don’t Believe We’ve Met, released on 1st December.

I caught up with Danielle to talk about her bold new direction, discuss her decision to get involved with the songwriting for the record, and to find out when she might be coming over to the UK.

Your new album is quite a departure from the sound your fans know you for. Was it a conscious decision for you to do something different with this record?

Yeah and as natural as possible. The first album is definitely different than this album. Coming off The Voice, I was so young and I wasn’t sure what my sound was. Obviously I did a lot of older Country songs on the show but I wasn’t sure that was totally me as an artist. I took these last couple of years to get into songwriting, staying in Nashville and just really digging deep on who I am as a person and as an artist, just really figuring all of that out. It led to me just wanting to be honest and talk about real fears, situations, worries and everything in between to help my fans feel more connected and hopefully they take these songs and listen to them. I know a lot of people go through a lot of things and I just want everybody to connect. It’s definitely different, it’s a lot more mature and I think fell just where my songwriting was leading to. I’m really excited about it.

You’ve written several of the tracks on this record. How did you find being involved with the songwriting for this record?

I got into songwriting about two years ago and I got in it with the support of my management, my team and the label. They really encouraged me to try it. I had never had any songwriting experience before and I was kind of nervous at first. I didn’t know what to expect. I honestly couldn’t tell you how to even start writing a song. I got in the room with the most amazing writers that I’m just honoured to have worked with and still work with. I’ve learned from them and I’ve learned from every writing session I’ve been in. It’s definitely helped me really figure out a lot more things than I ever expected. It opened up the door that really needed to be opened and helped push me a little more. I’m really excited I got into that and it helped me shape this album, which is very exciting.

It feels like a very personal set of songs. Was it hard being so honest and laying everything out there for people?

It was it was kind of a mixture of emotions. I told myself that I wanted to be honest and real. I didn’t want to sugarcoat anything. I just wanted to talk about real feelings that I know a lot of people have felt and experienced, and will probably experience. I had to keep telling myself, ‘you’re talking the talk and so you need to walk the walk as well’. I don’t need to be afraid to just be honest. I definitely told myself to be prepared for that. I’m loving it. I like the reaction and I get a lot of people saying, ‘oh I’ve been through that and that’s exactly what I want to hear’ and we live through it together.

Was there a particular song that you found very difficult to write?

Yeah, I think that song was Potential on my album. It was definitely a hard song to get right. I think it was the first song that made me think we had the start of this album. It was the song that we kind of shaped the album around and it took a lot of producers. It took a lot of musicians, ears and a lot of vocal moments to get it right. It started out as a piano and vocal and I couldn’t imagine putting any other instrument on it because I loved how raw it sounded. There was a lot of working on it and shaping it and we didn’t give up on it, and it ended up falling in the right hands. We were like, ‘OK I think we finally found out what’s right’. That’s the song that definitely put us through a lot but it worked out perfectly. It’s definitely the song that helped shaped the album.

The album is very sonically varied and quite bold in places. Did you have a concept when you started working on it?

I honestly didn’t have a specific plan or a specific topic for the whole album going into it. All my focus was on getting to know myself and getting to know who I am as an artist. I knew I had a lot more to say than singing other people songs. I knew I wanted to be a part of it and put my two cents into it. Just being a part of being the core of the songs now is just a totally different feeling than singing other writer’s songs. That’s been really exciting. How the album was shaped is off of what felt right in the moment and what we decided to keep in and we just threw together some songs and made the album.

The first single off the album is Sway Why do you pick that song?

I picked that song because I personally think it’s just that laidback song and it’s a song that I want people to hear and make their own dance too. I wanted something that had crowd participation. I wanted it to be something that we can all just have fun singing and dancing together and for it to be the first single off the album, I think it was a fun start. I have a lot of emotional songs on the album so I didn’t want to start so deep right away. With Sway it’s kind of like, ‘oh don’t worry. Take a break from reality for a second and just have fun’. I know there’s a lot going on in the world and I feel it’s basically saying, ‘just have fun for a second. No worries no stress’. It felt right for it to open the album.

I really love the video for the track, it’s really fun and captures the vibe of the track. Did you have fun with all the different outfits and dancing?

Yes, that was definitely one of my favourite music videos to be a part of and work on. I had so much fun just seeing all the little kids from Middle School, High School and all ages just dancing their hearts out. That was my favourite!

Do you have any plans to come over to the U.K. and do some live shows?

I most definitely want to. I’ve never been. Hopefully I’ll make my way over there as soon as the album comes out. I’m crossing fingers and I’m so excited to be able to head that way (laughs). I would absolutely love to.

What does your schedule look like this side of Christmas?

Just promotion and promo for the album. I’m trying to get out there as much as I can and I’m doing a lot of one-off shows. Hopefully leading out of the album I’ll go out on tour in 2018. I’m excited for what’s to come.

Danielle Bradbery’s new album I Don’t Believe We’ve Met is released on 1st December 2017 through Big Machine Records. Watch Danielle sharing some of her favourite things in an exclusive video below: